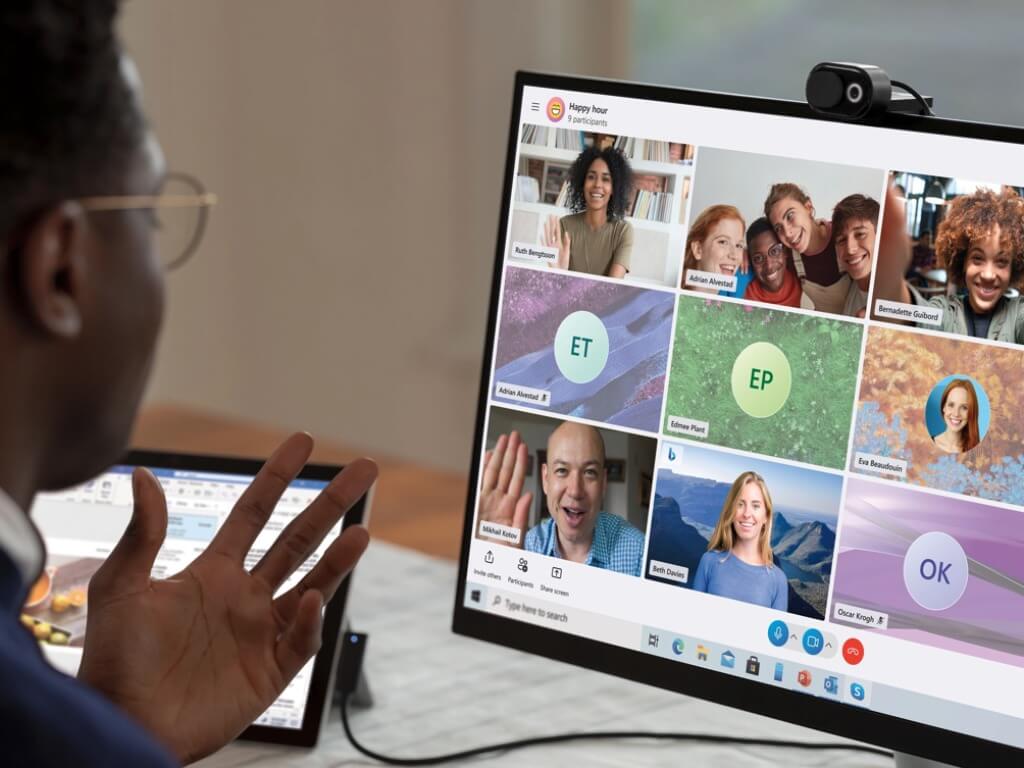 Skype has been redesigned several times since Microsoft acquired the company 10 years ago, but the app is about to get another significant makeover over the next few months. Microsoft details its plans for an “improved, faster, reliable, and super modern-looking Skype” today, and said that many of the upcoming changes have been inspired by user feedback.

Skype will continue to support hiding audio-only participants from the calling stage, as well as cool features such as animated backgrounds, together mode, call recordings, and live subtitles. However, for users in areas with poor connectivity, Skype will also continue to offer the ability to disable the video stream in a group call to save bandwidth.

The Skype team is also working on other design changes including Fluent Design icons, new colorful themes, upgraded profiles and non-customized chats with gradients, and more.

The team also detailed a new “TwinCam” feature that will let users add a smartphone or another device with camera to the call, and the video stream from this secondary device will appear right next to your own feed on the call stage. According to the team, this should be useful when Skype users want to show something that’s happening around them during a video call.

Last but not least, Skype app is also getting significant performance improvements on desktop and mobile devices.
"We improved performance in key scenarios by 30% on desktop, and over 2,000% on Android, and have more coming as we continue to modernize our media stack," the team explained.

It's interesting to see Microsoft announcing a redesigned Skype app right when Windows 11 will launch with a built-in Teams for consumers experience. Skype has the advantage of being a popular brand that's been around for almost two decades, while Microsoft Teams may be too focused on the enterprise world to get a shot at becoming a popular consumer app. We'll see what happens, but this upcoming Skype redesign shows that the app isn't going away anytime soon, and makes that clear in the blog post: "Skype has been in our lives for nearly two decades, and we are here to stay."

If you're excited about these new features and design changes for Skype, you can join the Skype Insiders Program to get early access to them in the coming months.