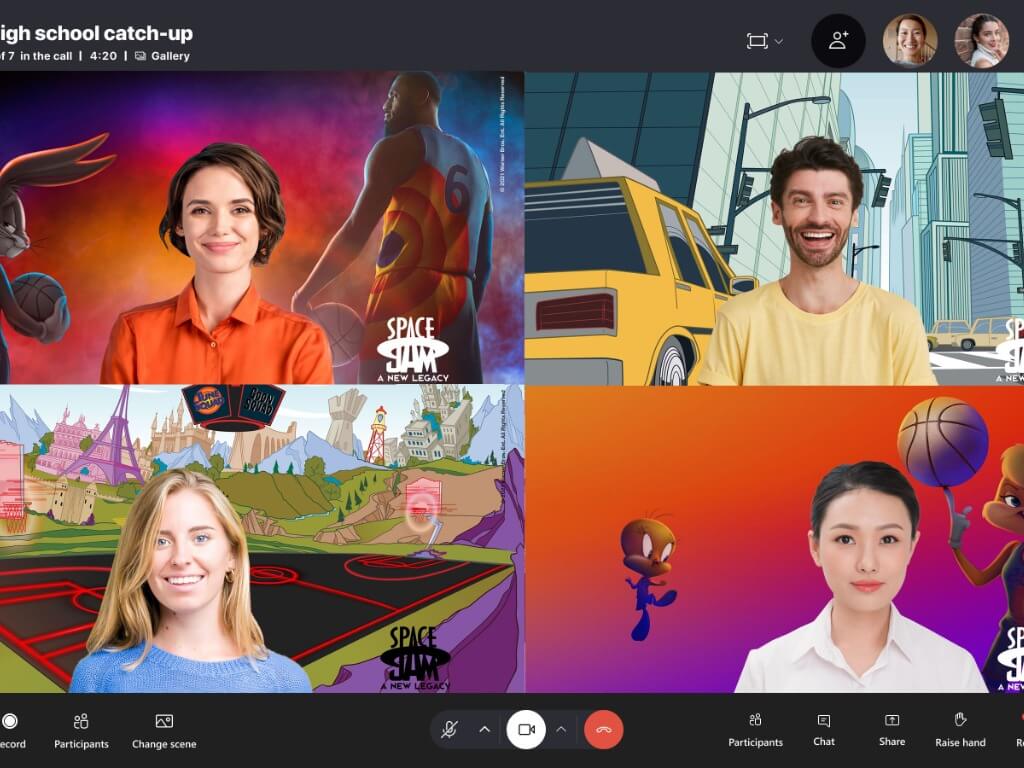 Microsoft has announced the release of a new Skype Insider build, which brings a few new features across all platforms. The biggest addition is an animated backgrounds feature for video calls, which will let users choose GIFs from local files to hide their messy rooms.

The new animated backgrounds feature has been designed to add an extra dose of fun to video calls on Skype. This capability has been available in Zoom for a while now, and it will be interesting to see if the Teams communication platform will also get a similar feature.

In addition to these new animated backgrounds, this update also makes it possible for users to create their own set of reactions to select any emojis they would like to use to react to video calls. On iOS, the Skype app has received file-sharing support for chats so users can easily share relevant files with their recent Skype contacts right from their iPhones or iPads.

Skype insider version 8.74 also introduces split window support on Android devices. Microsoft says that this capability will help “to improve your user experience for desktop-like environments.” The feature has been designed explicitly for select hardware, including Surface Duo, Samsung DeX, and Chromebooks.

Keep in mind that these new capabilities are rolling out gradually to all Skype Insiders, so it’s possible that you may not see them right away. If you want to try out these improvements, you can download the Skype Insider app from this page. The app is currently available on Windows, Linux, Mac, iOS, Android, and the web.