Skype invites desktop users to switch to new modern app as “Skype classic” will shut down after September 1 - OnMSFT.com Skip to content
We're hedging our bets! You can now follow OnMSFT.com on Mastadon or Tumblr! 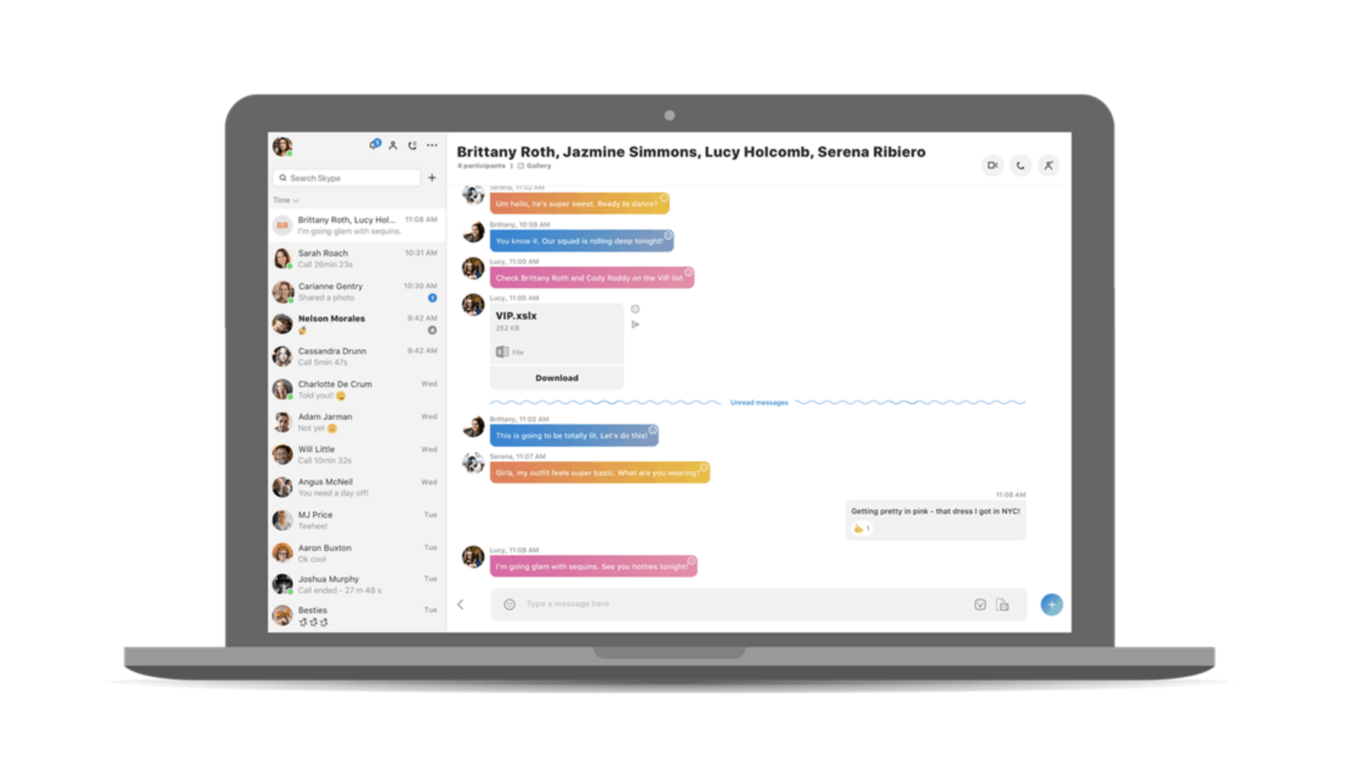 If you’re still using the classic Skype desktop app on your Windows PC, you will still have no choice but upgrading to the new cross-platform Skype app that Microsoft released on all platforms last year. Indeed, the Skype team announced today that it’s now rolling out the new version of Skype (v8) to all desktop users, and the classic Windows app will no longer work after September 1.

We are encouraging everyone to upgrade now to avoid any inconvenience as only Skype version 8.0 will work after September 1, 2018. As we roll out improvements, there comes a time when we must shut down older services and application versions. This is done to ensure that all customers have the best possible Skype experience, and that there are no quality or reliability issues resulting from old technology and new technology interoperating.

Skype version 8.0 brings several new features such as reactions to messages, Skype add-ins, and a new Chat media gallery, and Microsoft is currently testing new features with Skype Insiders such as encrypted conversations, call recording and and read receipts. Unfortunately, this modern app also dropped support for legacy features, such as the ability to open conversations in separate windows or get notified when your contacts go online.

“We know change can be hard, so we’re working to make the update as simple as possible,” the Skype team said today, adding that there is a dedicated support site for all customers who need help with the upgrade process. For now, updating to Skype version 8 isn’t mandatory and you still have a couple of weeks to get used to the new interface before Skype classic disappears for good.

In other Skype-related news, Skype version 8 starts rolling out on iPad today, just a couple of weeks after it did so on Android tablets. The new iPad app requires iOS 10 and supports the same features (black theme, message reactions and more) found on the other platforms where Skype v8 is available.