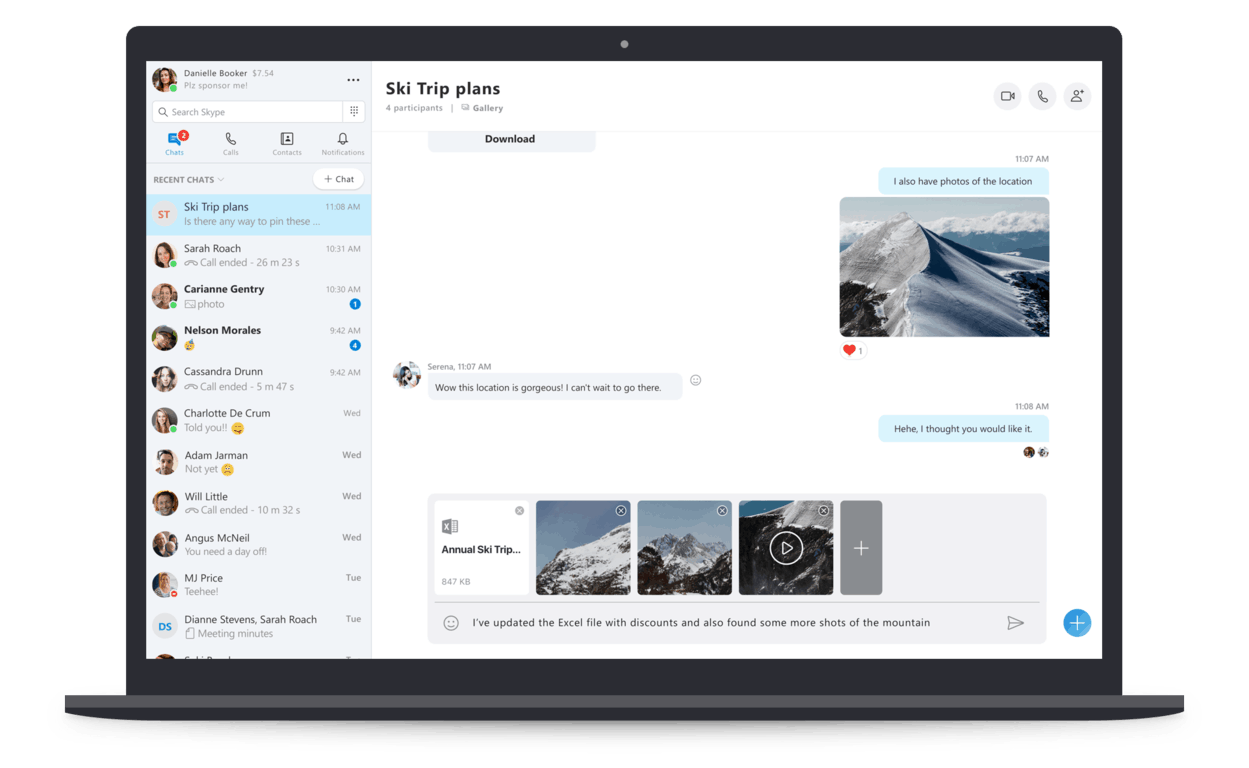 Microsoft appears to be getting ready to replace Skype for Windows 10 with its standalone Skype desktop app, as seen with the latest Skype Insider update that shipped via the Microsoft Store yesterday. Aggiornamenti Lumia and Twitter user Florian B noticed the change yesterday after the latest Insider version of Skype for Windows 10 replaced the existing React Native app with the standalone Electron version.

What does it mean? Many features are gone https://t.co/PHu3OtxTqT

If both versions of Skype looks almost the same, Skype for Windows 10 is currently better integrated to the OS with support for push notifications, replying to messages within notifications, sharing to other UWP apps, and more. Some less useful features such as the integration with My People app, a Windows 10 feature that’s no longer actively developed, is also gone. Skype for Windows 10 was actually one of the very few UWP apps that integrated with My People, along with Microsoft's Windows 10 Mail app.

It's not clear why Skype for Windows 10 could soon be replaced with the slightly inferior Electron app in the Microsoft Store, though with both clients looking very similar, it's possible that most users won't notice any changes. Let us know in the comments if you're going to miss the Store version's unique integrations with Windows 10.