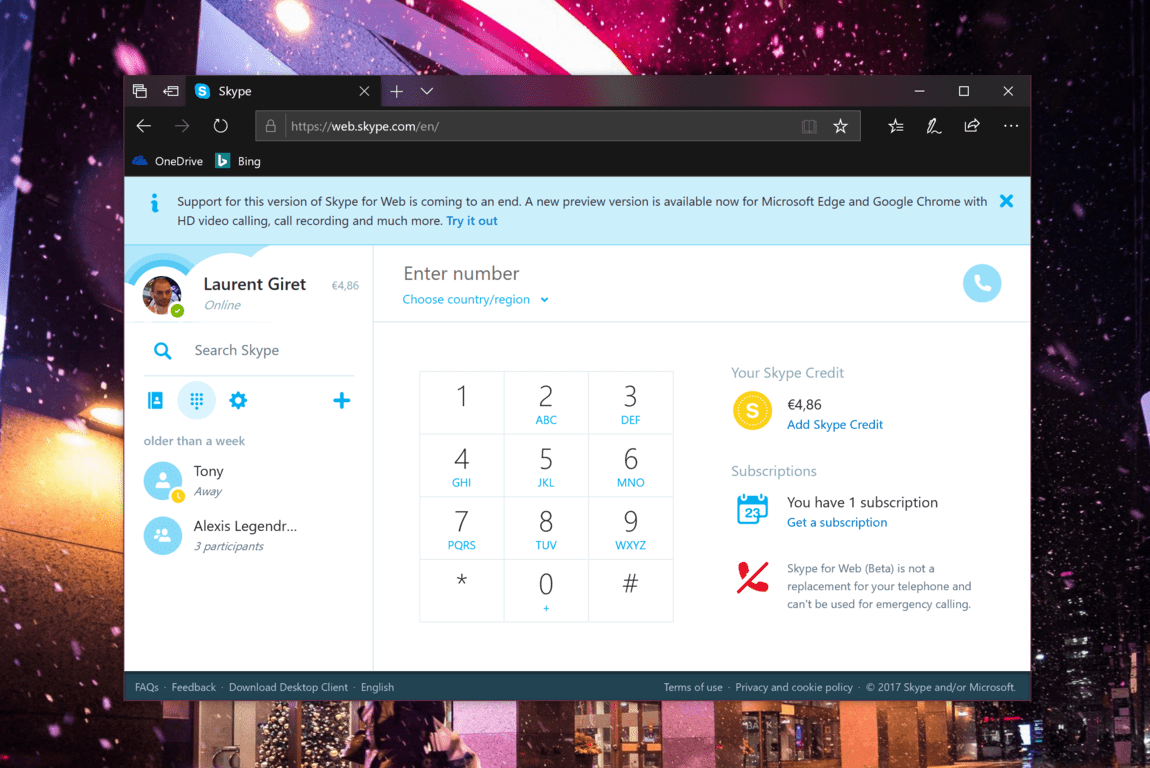 Microsoft has started warning Skype for Web users that the app will soon be replaced by a new version based on Skype v8 (via Rod Trent). This new web app launched in preview back in October, and it’s currently aligned on the latest Skype Insider builds available on desktop and mobile devices.

It’s great that Skype v8 is coming to the web, especially since the existing web app hasn’t received meaningful updates in years. The new web app brings support for new features such as HD video calling and call recording, and the latest update also added a badge icon to the Skype for Web Preview tab to show unread conversations. But unfortunately, there’s a catch: As of today, Skype for Web Preview only works in Microsoft Edge and Google Chrome, and that’s a bit problematic for web app.

Microsoft hasn’t publicly said when the existing web app will be retired, or if its replacement will eventually support more web browsers. We’ve reached out to the company for more information and we’ll update this post if we hear anything back.