Skype builds their Translator into Windows desktop app - OnMSFT.com Skip to content
We're hedging our bets! You can now follow OnMSFT.com on Mastadon or Tumblr! 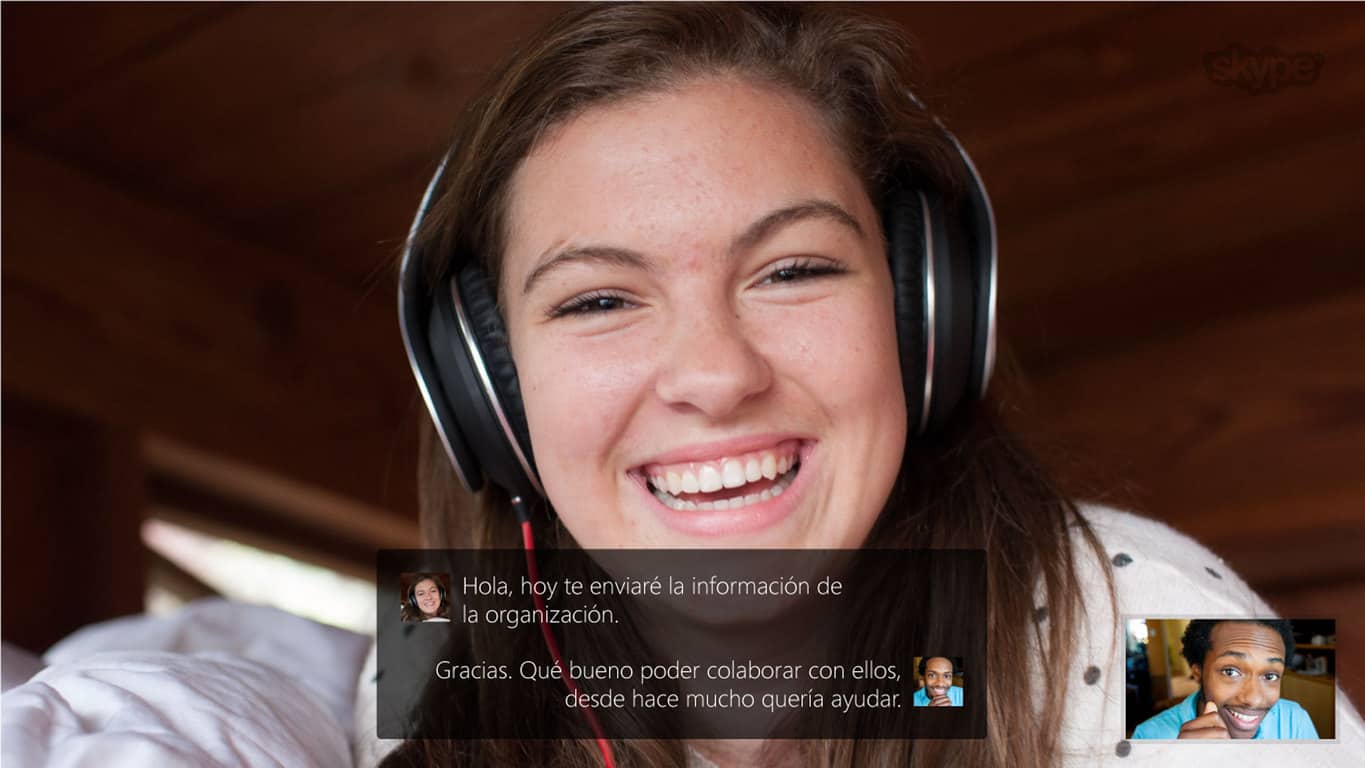 Last December, after debuting the service in May, Microsoft released a preview of Skype Translator, a standalone app available on Windows 8.1 that translates spoken word conversations, initially in Spanish and English, via Skype.  Since then, the translator app has added languages (it's up to 6 now, English, Spanish, French, German, Mandarin, and Italian, along with 50 messaging languages), and now today, Microsoft is announcing that Skype Translator will no longer require a separate app, and will be rolling out built in support for Translator from within Skype for Windows Desktop.
This means that instead of requiring Windows 8.1, Skype Translator sessions can be initiated from any computer running Windows 7, 8, 8.1, or 10.  And just like the standalone app, only the caller needs to have Skype Translator functionality.  If, for example, you initiate a Skype session and enable Translator (with the push of a button), you'll be able to call anyone using a Skype app, on Android, iPhone,  or Mac (of course the quality of service depends on the call quality, more on that in a minute).
Setup is very simple.  You just initiate a Skype session, click on the Translator button, and choose languages for both the caller and the respondent, and begin your session. Then you begin talking, and the service will translate your speech in near real time, as well as provide a running written transcript onscreen that can be accessed later for a complete written record of the conversation.


I had a chance to try the service out on a visit to Microsoft's Redmond campus and a meeting with Olivier Fontana, a Director of Product Marketing for Microsoft Translator.  Olivier works in Microsoft Research, but he explained that this is truly a "One Microsoft" project.  Initiated with a push from CEO Satya Nadella, teams from MSR, Skype, and the Machine Learning teams all collaborated together to deliver this new and fairly astounding service.
Once you begin a session, you just need to remember to allow the service to fully translate what you say before talking again. In a way it's almost like a three way conversation (which in essence it is): you speak, the service translates, your partner speaks, the service translates back.  Once you pick up the rythym of the conversation, things begin to flow quite easily.
Under the hood, the ability to now be able to provide near real time translation services has come about due to a couple of major changes in the landscape.  The first is something called "Deep Neural Networks", developed by Microsoft Research, that enable "self-taught" language models that continually improve in accuracy over time, by feeding new information back into the system.  The second big advance of course is the cloud, which allows the massive computing power required to recognize, parse, and translate speech, handled by networks of servers accessed by the service.  The amount of computing power it would take to translate spoken languages on a personal computer would take years to deliver a response, if it could at all.

Olivier did emphasize that for now, the Microsoft Translator service in Skype (which will be rolling out to Skype for Windows desktop installations beginning now but taking a few weeks to complete), like any speech recognition service, requires a good microphone and a quiet environment for best results.  Olivier recommends that you use a USB Microphone, as the mics built into laptops, or microphones plugged into the mic jacks on your computer aren't as good.
The service may also stumble on proper names, but it will recognize any names in your Skype address book, so if it's having trouble with your grandmother's name, for example, add her to your address book.
Do you communicate across languages in your family, at work, at school, or as you prepare for travel?  If you do, will having Skype Translator built in help?

Fhotoroom and Facebook for Windows Phone picks up minor updates