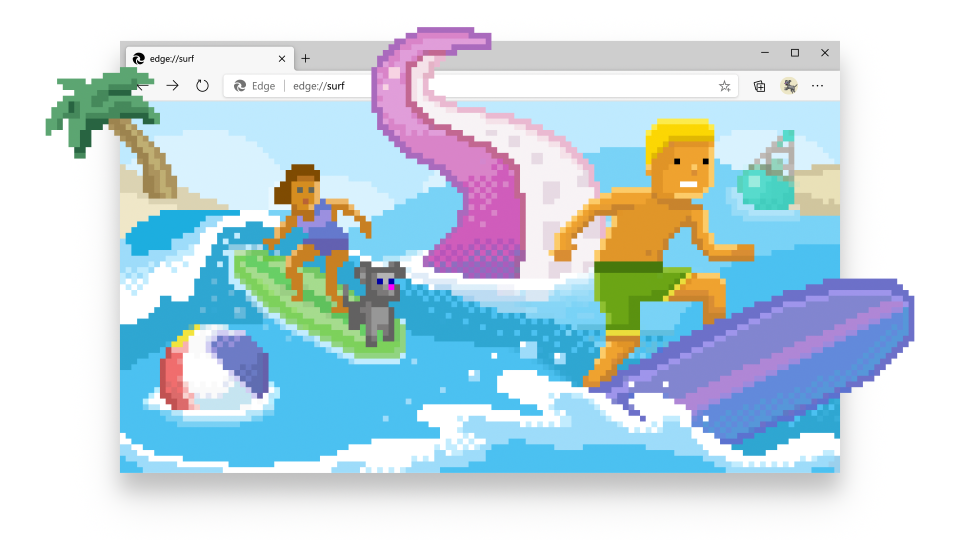 Back in February, Microsoft released a fun web-based surf game to promote its new Chromium-based Edge browser. The casual game should now make a much bigger splash as it’s no longer restricted to the Microsoft Edge Insider channels.

If you’re running Microsoft Edge version 83.0.478.37, which is the latest build in the Stable channel, you can now try this game by navigating to edge://surf. The game is nice homage to SkiFree, a simple but classic skiing game that shipped on older versions of Windows in the nineties.

Inspired by the classic Windows game SkiFree, the surf game challenges players to ride through the water while avoiding islands, fellow surfers, and other obstacles. Watch out for the kraken! Players can also collect hearts to extend their lives and boosts for a burst of speed. Surf as far as possible in an endless ocean, compete for the shortest time, or zig zag through as many gates as you can in a row. With three distinct game modes, players have a variety of ways to pass the time.

While SkiFree only supported keyboard input back in the day, you can play this new surf game with keyboard, mouse, touch, or gamepad. You can choose between different modes (Endless, Time Trial, Zig zag) via the game settings menu, and there’s also a reduced speed mode for those of you wanting to slow things down. The game even works without an Internet connection, so you can really improve your skill in all circumstances.