Show off your dark side with the Minecraft Villains Skin pack, now available for Xbox One

Minecraft players on console will finally be able to dress up for their villainous plots. While the console edition got a big update yesterday, Microsoft announced today that the newest DLC added for Xbox One and other consoles is the Villains Skin Pack.

“Each of these skins is inspired by one of the most evil things in ‘Minecraft’ – cakes, silverfish, trapdoors to name just a few,” writes Mojang’s Owen Jones, who adds, “Pure nastiness incarnate.”

This is the same Villains Skin Pack released for Windows 10 and Pocket Edition half a year ago. That being said, it’s nice to have more parity between the versions even if it is just some skin texture DLC.

The pack comes with 17 skins for you to choose from including the Stronghold Seer, Lava Fiend, Silverfish Monger, Patchkin, Endergaunt,  Eyece, Terror Spawner, Dungeon Spectre, Slymime, Cake Maniac, and more.

The best part is that if you bought the version for Windows 10 and/or Pocket Edition then you’ll have this one for free! Otherwise, it’s a measly $1.99 which is a cakewalk compared to the joy of unleashing your darkest evil. Even if it is only skin deep. 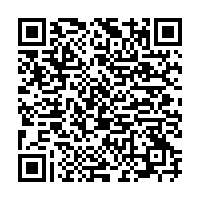