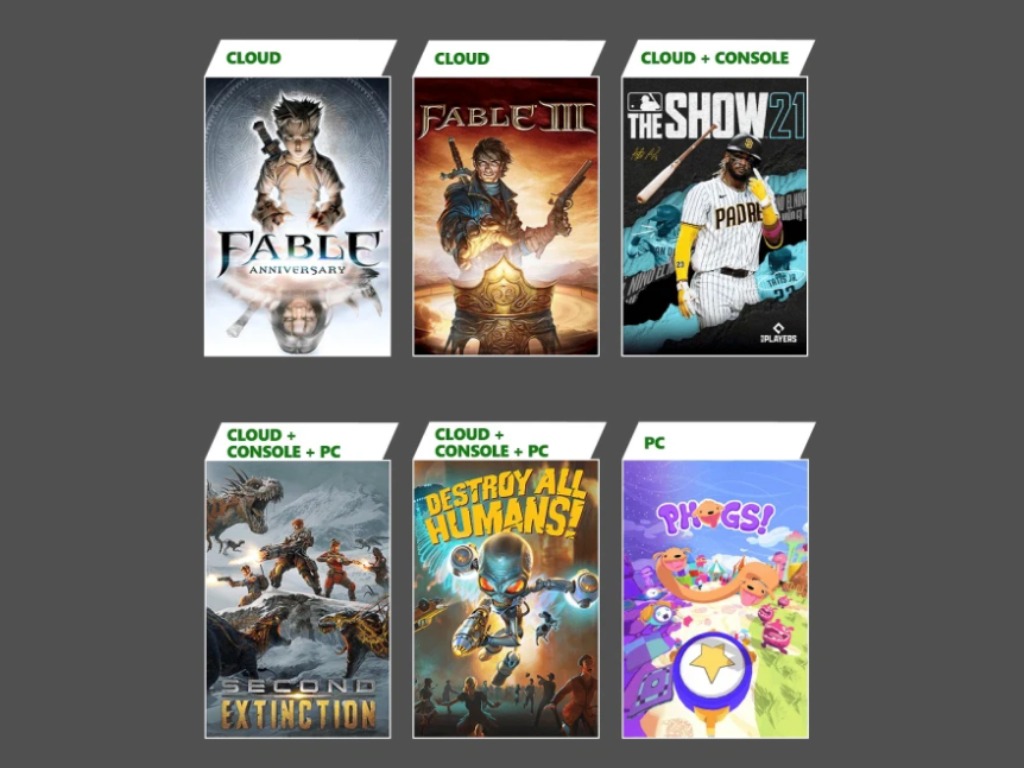 Microsoft has just revealed the second wave of games coming to Xbox Game Pass this month. In addition to MLB The Show 21 which is available starting today, the puzzle-adventure game Phogs! will join Xbox Game Pass for PC on Thursday, April 22. On Console, the online FPS Second Extinction will be available on April 28, and it will be followed by the cult-classic Destroy All Humans! On April 29.

In case you missed the news yesterday, Microsoft is now sending the first invites for the private beta of Xbox Cloud Gaming on PC and iOS starting today. The limited beta test will work on the Microsoft Edge, Google Chrome, and Safari web browsers, and touch controls are also supported on Windows tablets, iPhones, and iPads.

Last but not least, Microsoft announced today that Endless Legend, For the King, Fractured Minds, Levelhead, Moving Out, and Thumper will leave the Xbox Game Pass catalog on April 30. The Xbox team will be back next month with more games, but in the meantime, we remind you that new subscribers can still get their first month of Xbox Game Pass Ultimate fo just $1.

How to record a Microsoft Teams meeting [Updated for 2021]