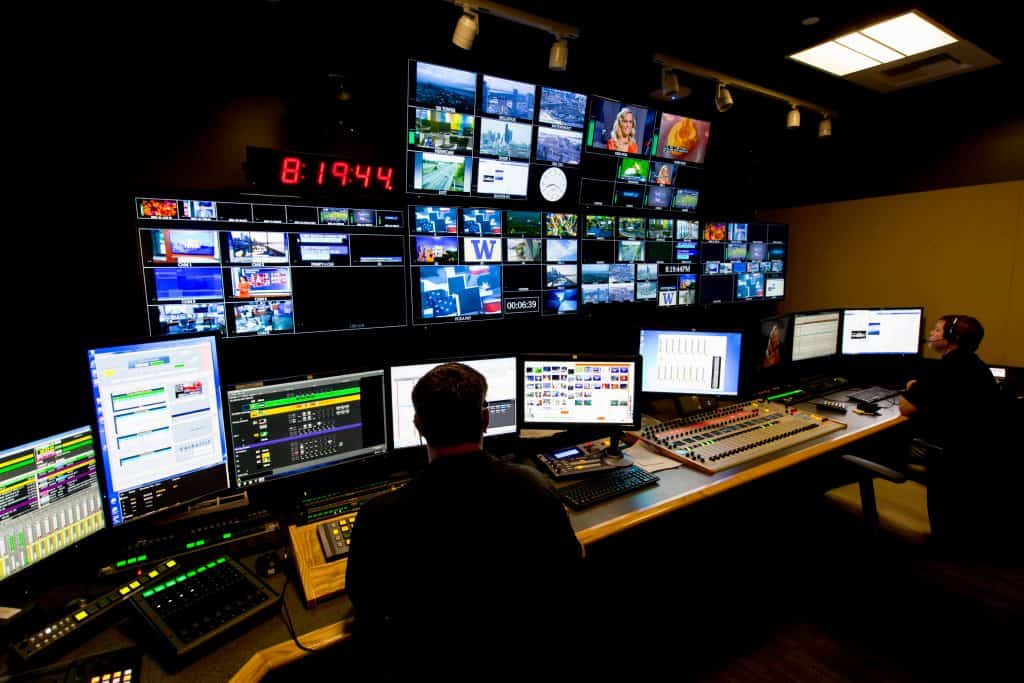 On May 24, 2016, Seattle broadcaster KING 5 used the Surface Hub with Microsoft's Power BI data visualization tool to show local voters real-time election results for the Washington state presidential primary election. Peter O’Connell, executive producer for special projects at KING 5, has yearned to use this type of technology for a while, moving up from the early days of relying on just graphs and charts to show election results:

“This is something I’ve wanted to do for a long time, but it’s never been possible before at the local level, only for the networks, who’ve spent gobs of money on custom software packages that are well beyond local TV capabilities. Today’s technology “has the ‘cool’ factor, yes, but it’s the information that I care about – giving viewers a much better picture of what’s going on in an election and letting them see for themselves, in real-time, the same county returns that we’ve always had internal."

Marco Lowe, campaign and elections professor at Seattle University, and KING 5 political expert, believes that the broadcast was “a total game-changer." During the broadcast, KING 5 reporter Natalie Brand and Lowe were able to use the Surface Hub to touch and show viewers the real-time election results going between the Washington county and state map.

In addition to election results, Lowe sees the potential for Power BI to be used in other KING 5 broadcasts on other election segments.

“The visualization of data is an essential and necessary tool to explain these complex and fluid campaigns. The human eye is attracted to color and movement, so if you’re able to provide data that way, viewers will be able to take in the information at a much faster rate, and you’re providing them with a more compelling story. Standing there with that map filling in the counties as we talked was a very different experience, and now I just don’t even know how you’d tell the story without it.”

Windows Bridge for iOS is being updated with new features, additional samples, and more