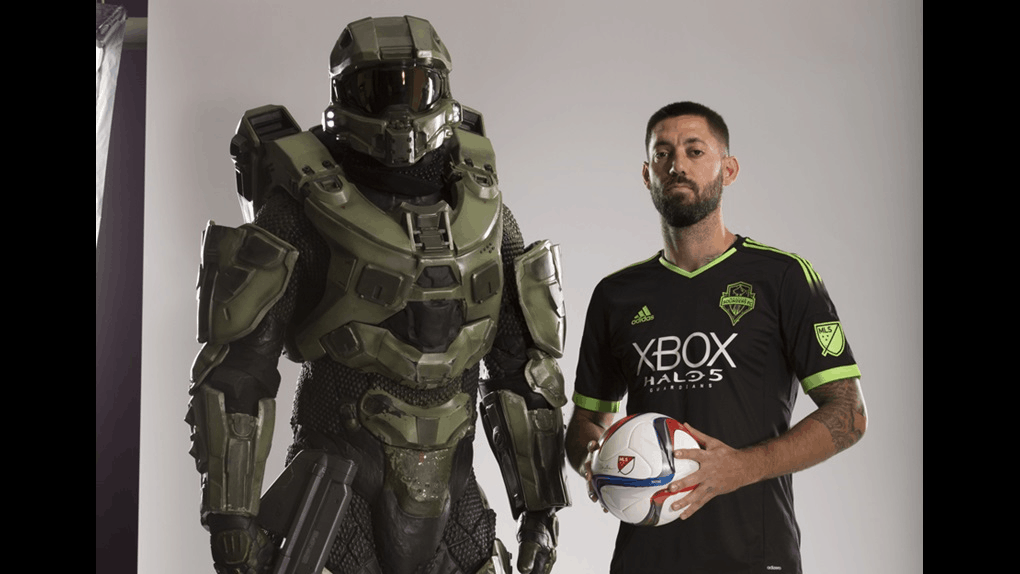 Microsoft is pulling no punches in marketing the upcoming Halo 5: Guardians Xbox One game. 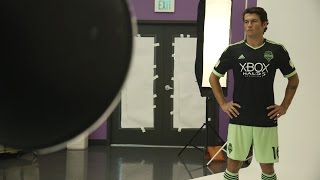 Microsoft is pulling no punches in marketing the upcoming Halo 5: Guardians Xbox One game. https://youtu.be/f5Pa2WT1Zc0 The Xbox Wire has released a post showing off Halo 5: Guardians-themed soccer league uniforms. Wearing them will be none other than the Seattle Sounders FC in its match with the LA

The Xbox Wire has released a post showing off Halo 5: Guardians-themed soccer league uniforms. Wearing them will be none other than the Seattle Sounders FC in its match with the LA Galaxy on Sunday, October 4th, 6:30 PM PDT. The game will take place on the Xbox Pitch at CenturyLink Field.

In addition to the anticipated soccer match, the Xbox team will be coordinating with the team to feature a Halo 5: Guardians-themed festival during the week. Festivities include appearances from Master Chief, Agent Locke, the equally enchanting Warthog ground vehicle, and several prize giveaways.

The festivities don’t stop at the game time either, as twenty thousand fans at the game on Sunday will receive Halo 5: Guardians and Seattle Sounders FC t-shirts.  Furthermore, a scavenger hunt for Master Chief and Agent Lock will take place at halftime. During halftime, the audience will compete to find the two illustrious Spartans to win a Sounders FC / Halo 5: Guardians kit.

“We are honored to partner with Sounders FC and have Halo 5: Guardians participate in this historic moment. We have so many Sounders FC fans at the studio, and we’ll be there in the stands cheering for them alongside the Master Chief and Agent Locke.”

This marketing campaign is significant because it’s the first time an MLS club has changed jerseys mid-season. It’s also the first time the Seattle Sounders FC has worn anything other than Rave Green for a regular season game.

“Initiatives like this are what make our partnership with Xbox so engaging and innovative. For the first time in league history, our respective organizations are collaborating to alter the primary partner mark on the front of our jerseys during a regular season campaign. We’re thrilled to work with Xbox on this project, and hope that fans of both Sounders FC and the Halo franchise enjoy seeing our partnership come to life in new and creative ways over the next week.”

Fans desperate to get in on the action now can head over to the Sounders FC’s Halo 5 website to see and learn about all sorts content, including custom computers, tablets, mobile backgrounds, and prizes.

Fans should share their thoughts on the slick jerseys on social media using the hashtag #Halo5SFC.