Rare, the developers of the famous Sea of Thieves game for Xbox One and Windows 10, has released the latest free monthly update to the game, “Dark Relics”. This is the second release that follows their planned monthly schedule of content updates, succeeding last month’s Black Powder Stashes.

As the name points out, this update adds numerous features including new voyages where players can collect special limited-time artifacts, also known as “Dark Relics”. The voyages are also exclusive to the duration to the Dark Relics update, so you’ll want to participate now before the next monthly update.

“There are three Voyages to choose from that will take you to across The Wilds, The Shores of Plenty, and The Ancient Isles,” the video explains, “where you’ll find part of the set of five Dark Relics. Plus, there’s a voyage into the Devil's Roar that’s exclusive to Pirate Legends where the increased difficulty will see you rewarded with even more Dark Relics.”

Rare has been promising regular monthly updates since last month’s Black Powder Stashes. The game’s executive producer, Joe Neate, recently noted in a developer update video that he wants to get people into the “rhythm” of understanding the game updates so that it “becomes much more predictable and kind of much more of a rhythmic service of updating the game.”

If you’re interested, you can download/update the game using our link below. Feel free to share what you think of the new features in the comment area below. 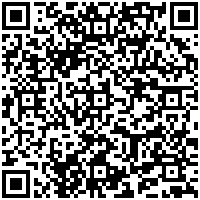 All new Inside Xbox to kick off next week's gamescom 2019 from Cologne, Germany

Microsoft clarifies policies, but won't stop human reviews of Skype and Cortana conversations at this time