Sea of Thieves introduces wider world in latest video - OnMSFT.com Skip to content
We're hedging our bets! You can now follow OnMSFT.com on Mastadon or Tumblr! 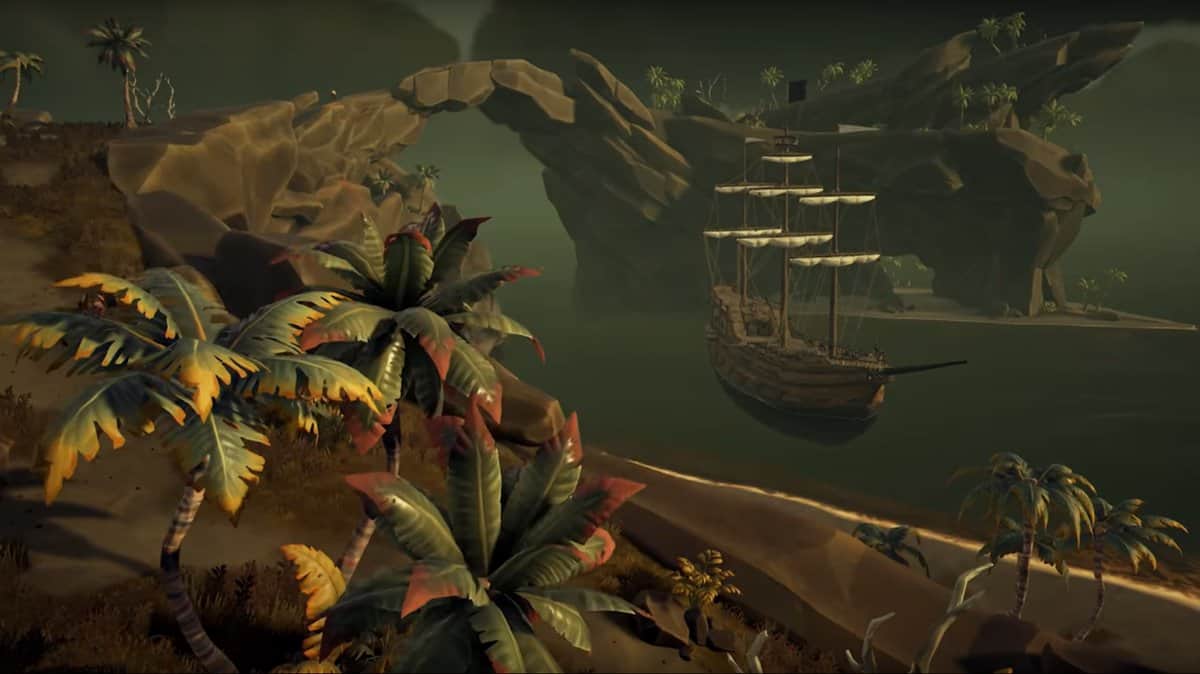 Sea of Thieves is a multiplayer sandbox title for Xbox One and Windows 10, bringing to life the pirating, pillaging, and exploration that many players have fallen in love with in storybooks. The new Microsoft IP has built up quite a following since its announcement last year.

In the returning video series of the Inn-side Story, Lead Designer Mike Chapman and Art Director Ryan Stevenson discussed the extension of the game's world.

The three regions mentioned in the video have been built to appear and feel very different from each other. One is rocky and rough with decrepit plant life, another are typically white sand islands with palm trees, and the third is a vibrant foliage with deep caves. All of these are defined heavily by their sky with cloud coverage, rock formations, lighting effects, and hints towards mysteries to discover at a later time.

Just a week ago, we saw Rare announce that they were opening up their Technical Alpha to more players. If you are interested, you can sign up to the exclusive Insider Programme to catch the Sea of Thieves in early development for both Xbox One and Windows 10.

Check out these beautiful interior spaces from the new Microsoft House in Milan, Italy