Sea of Thieves crosses 15 million players since launch - OnMSFT.com Skip to content
We're hedging our bets! You can now follow OnMSFT.com on Mastadon or Tumblr! 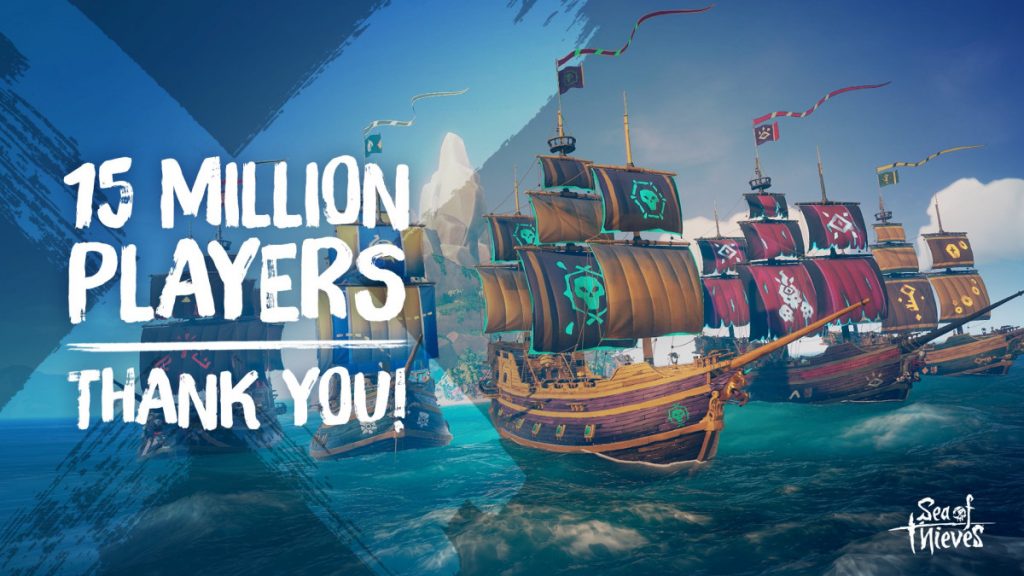 A little more than two years since its launch on Xbox One and Windows 10, Sea of Thieves has already become one of the most successful new gaming IPs from Microsoft. This morning, Rare Executive Producer announced that the pirate game has now been played by more than 15 million players across the world, up 5 million since January.

"We’re also humbled that more people have played Sea of Thieves in the first six months of 2020 than who played in the whole of 2019, which was more than 2018,” wrote Neate. According to the exec, last month was Sea of Thieves’ biggest since launch with 3.3M new players, and over 1M copies sold on Steam. The pirate game launched on Valve’s platform on June 3 and has remained among the global top sellers ever since.

Sea of Thieves didn't receive great reviews at launch, but Rare's ability to deliver free content updates in a consistent manner did great to keep players engaged and bring new ones on board. The pirate game's focus on PvP and unexpected events like Kraken attacks also really helped to make it an entertaining game to watch on Twitch and other game streaming platforms.

After Rare spent many years working on Kinect games for Microsoft, it's good to see that the UK-based studio behind iconic games like GoldenEye or Perfect Dark can still deliver hit games. The pressure is now on Microsoft's other game studios, and we hope to see some results of the company's recent studio acquisitions during the Xbox Games Showcase on July 23.