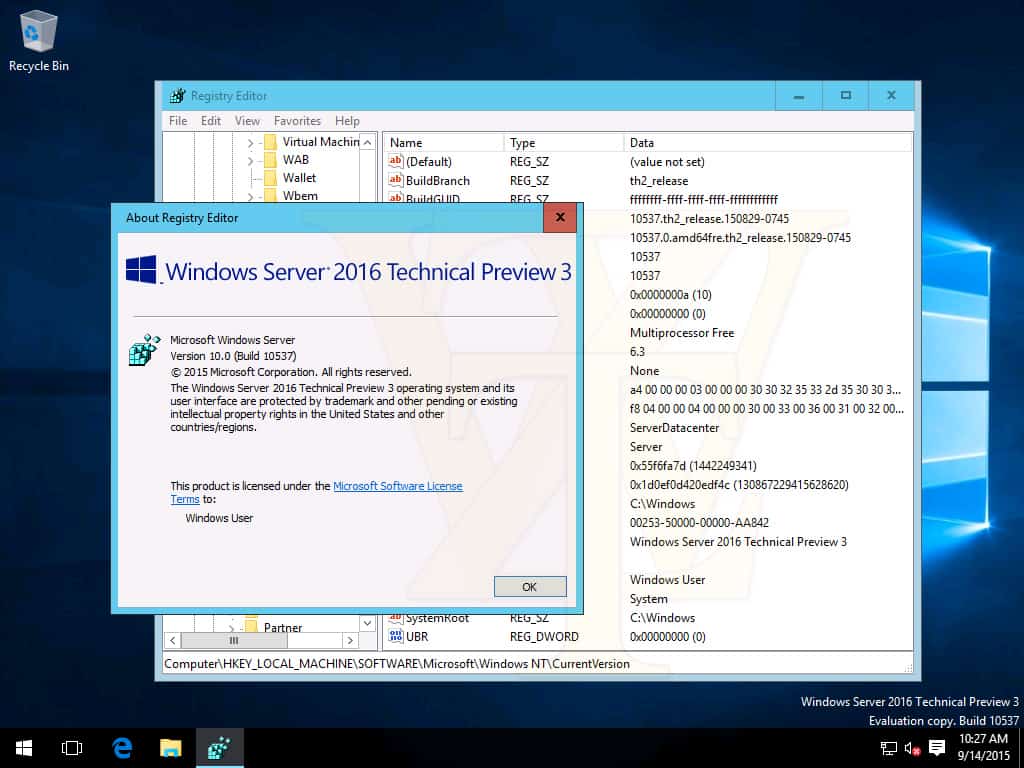 Yesterday was full of big news with Microsoft sending out invitations to an event announcing new Windows 10 Devices on October 6th, and a long awaited release of a new Windows 10 Mobile build for Windows Insiders. But there were also leaked screenshots of Build 10537 of Microsoft’s latest operating system for servers, Windows Server 2016 Technical Preview 3.

The images were leaked on Twitter by WZorNet and while they don’t contain any commentary on the new Build, many of the screenshots do reveal menu lists of things such as Server Roles, Features and options for in the newly refined Server Manager Dashboard. You can check out all of screenshots over at Wzor.net.
Just as a quick recap, some of the features released in the most recent officially released preview build, Build 10514, included Windows Server Containers and Active Directory Federation Services. It remains to be seen if Build 10537 will make it officially into the hands of the public, but with Windows Server 2016 not expected to be finalized well into next year, there should be more preview Builds in store around the corner.

Windows 10 Xbox One Preview could begin this week