Score one of these custom Xbox One consoles and help Make-A-Wish - OnMSFT.com Skip to content
We're hedging our bets! You can now follow OnMSFT.com on Mastadon or Tumblr! 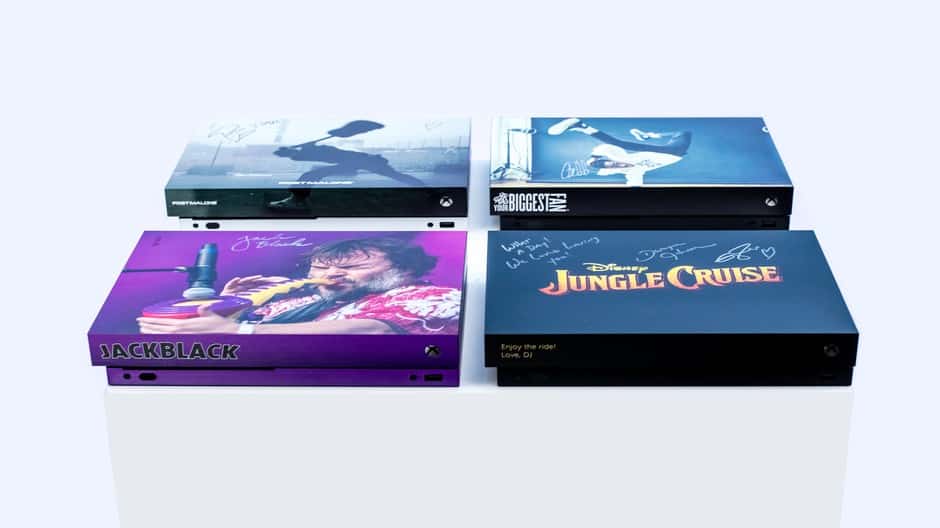 Are you feeling lucky, and want to bid on some truly unique Xbox One Consoles? Well, you might want to check out Team Xbox's latest charity auction, which teams up with some of the biggest sports, entertainment, and internet figures.

Titled 2018 "Consoles for Kids" this new auction benefits the Make-a-Wish Foundation. It includes some custom Xbox One X consoles signed big names like Post Malone, Ronda Rousey, iJustine, Dwayne Johnson, Charlie Puth, and Carmelo Anthony. Team Xbox also teamed up with some game developers like 343 Industries, Bethesda, and Mojang, with the Xbox One X consoles being signed by lead members on those studios. Check the links below for more on each of these consoles:

The auction will be hosted from September 19 to October 3 via the links above, and 100% of the proceeds go to the Make A Wish Foundation. This is not the first time Microsoft has done something like this, as in 2007, the Xbox team ran a "Konsoles for Kids" promotion in Australia, which aimed to raise $30,000 for Make-A-Wish.