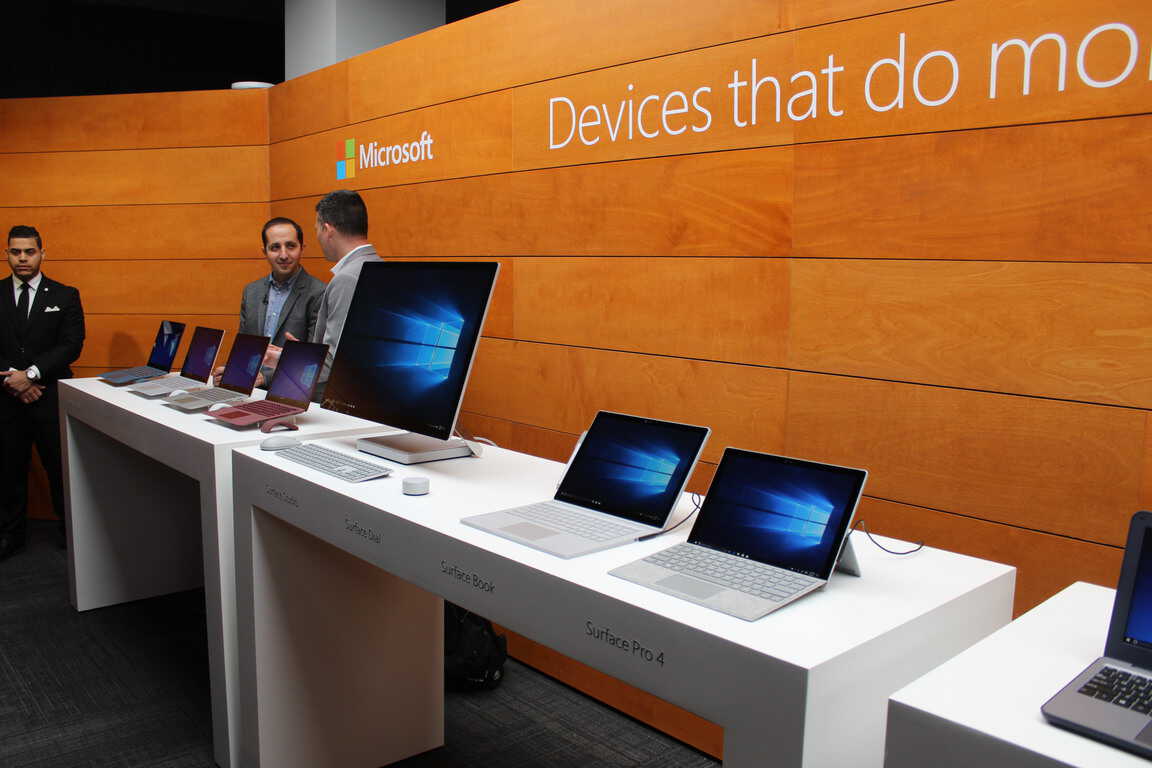 If you've been thinking of buying a new Surface device or accessory, then the next two days will be one of the best moments to shop. As part of Amazon's Prime Day sale, lasting from July 15 to July 16, prices on several Surface products are being cut. You'll need to be a Prime subscriber to enjoy any savings, but we've given the best deals a look and have included the best deals for you below.

Leading the list of deals is a sweet $140 discount on the Surface Laptop 2. It was launched by Microsoft in October of 2018 and comes with 8th generation Intel processors under the hood, as well as an improved keyboard. Amazon is discounting the Platinum Core i5 version with 8GB of RAM and a 128GB SSD. It now sells for $859 instead of $999, but supplies may be limited.

The Surface Laptop 2 might be on sale, but for those with smaller pockets, the original Surface Laptop from 2017 is still a good buy. Amazon is currently discounting the Intel Core i5 variant of the Surface Laptop with 8GB of RAM and a 128GB SSD. It usually retails for $999, but Amazon's Sale brings it down to $670, a 33% discount. Once unlocked out of S-mode, these specs make the machine great for web browsing, and more.

If you're looking for an ultra-portable touchscreen Windows machine, then the Surface Pro 6 is just that. While the keyboard might not be included in this price, Amazon is cutting the price of the base Surface Pro 6 down from $899 to $718. Just as with the Surface Laptop 2, this model comes with the Intel Core i5 Processor, 8GB RAM, as well as 128GB of SSD storage. Compared to the older Surface Pro, the new Surface Pro 6 offers up improved battery life and a more efficient Intel processor under the hood.

Next up, Amazon is taking $219 off the price of one of the base models of the Surface Pro 5. This variant comes with the Intel Core M processor, 4GB RAM, and a 128GB SSD. Again, the keyboard is not included in this sale price, but considering the savings, you can take that money and put it towards buying the Type Cover instead.

If you really want a Surface device, but don't want to spend a lot of money, then the Surface Go is your best bet. Now $480 instead of $549, Amazon is currently discounting the more premium variant with the Intel Pentium Gold Processor, with 8GB RAM and a 128GB SSD. We had reviewed this same version of the Surface Go last year, and found that it was the tiny Windows 10 tablet that could do almost everything.

Closing out the list of deals is a significant $161 savings on the Surface Headphones. For the next two days only, you can score one for $189 instead of $350 on Amazon. This is one of the lowest prices yet, and it would pair nicely with any Windows 10 macOS, iOS, or Android device. Considering that the headphones also come with Cortana and noise cancellation features built right in, there is plenty of value in this deal.

So, there you have it. There's plenty of Surface deals to go around these two Amazon Prime Days. Not only can you save on big items like Surface Laptops or Surface Pro, but you also can save on smaller accessories like the Surface Dock (now $127 instead of $200,) as well as the Microsoft Surface Precision Mouse (now $77 instead of $100.) Which Surface product will you pick up as part of Amazon's Prime Day Sale? Let us know in the comments below.

What is Blazor and why is it important for .Net developers and the web