Satya Nadella uses an iPhone to demo the Outlook app 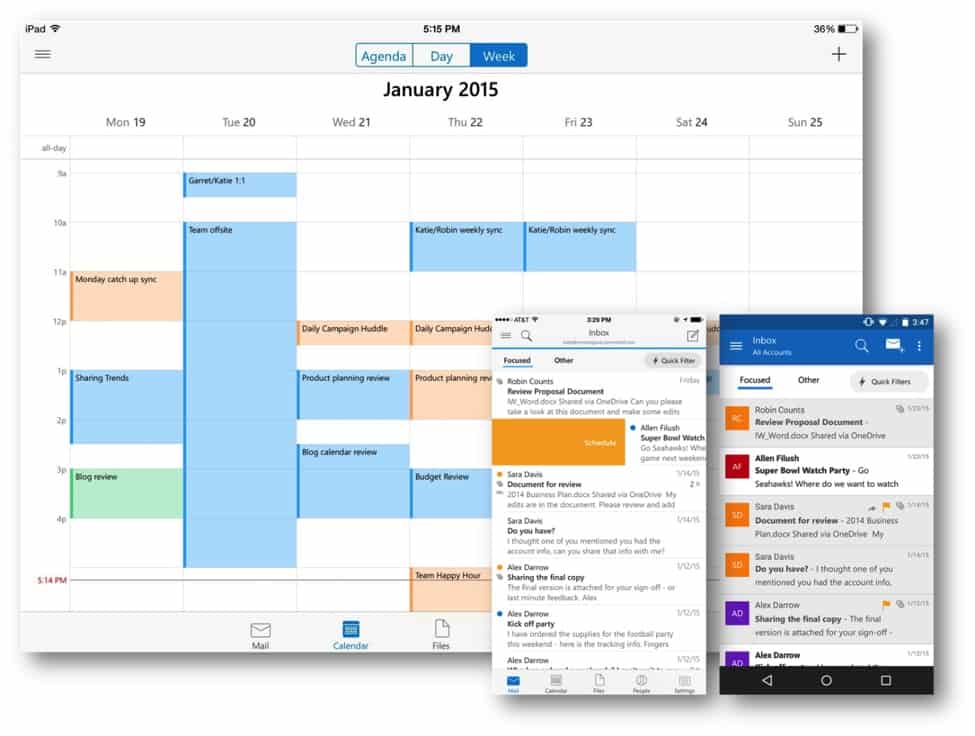 “I’m going to first start on this iPhone, and it’s not my phone, but it is an iPhone…. It’s a pretty unique iPhone. In fact, I’d like to call it the ‘iPhone Pro’ because it’s got all of the Microsoft software and applications on it.”

Nadella’s comment about Office making the iPhone a “pro” device is reminiscent of last week’s demonstration of Office on the iPad Pro. During Nadella’s tenure as CEO, Microsoft has made a push to be the front runner in productivity. He further said, “Outlook is, of course, an email client, but here is the fascinating thing — it’s the best email client on iOS for Gmail and Exchange.”

Though Nadella knows how to use Outlook on an iPhone, he still uses a Windows Phone. He made sure to point that out on stage. Later during the event he also even demonstrated his Windows Phone, which he uses as his daily driver.