Satya Nadella is pushing AI as Microsoft's next big thing - OnMSFT.com Skip to content
We're hedging our bets! You can now follow OnMSFT.com on Mastadon or Tumblr! 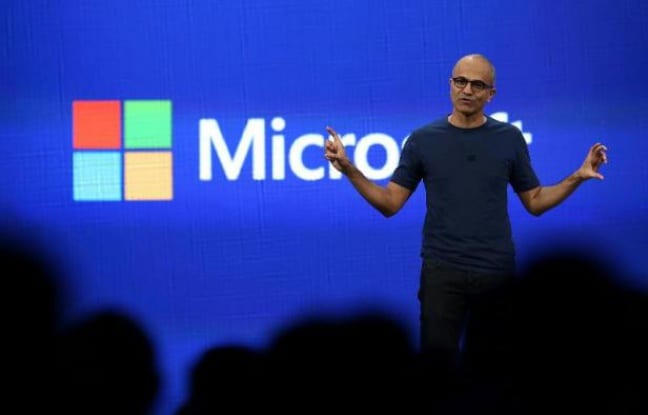 Yesterday, Microsoft CEO Satya Nadella concluded the first day of Ignite 2016 with an interesting keynote focused on the next wave of innovation, and as you may already know, the exec believes that artificial intelligence is going to be a big part of it. Following his presentation, the exec also gave an interview to Fast Company to pursue the conversation on AI, digital assistants and bots.

"Microsoft was born to do a certain set of things. We're about empowering people in organizations all over the world to achieve more. In today's world, we want to use AI to achieve that."

Artificial intelligence was already a big topic during Build 2016 earlier this year where Nadella laid out his vision for the future of consumer interactions with platforms. Yesterday, the CEO explained that Redmond has already partnered with several other companies to bring new AI-powered experiences to market: "This is not all future, Volvo is using it today. Uber is using it today. Lowe's is using it today," Nadella pointed out, before admitting that this technology field is evolving so fast that it’s also becoming harder to distinguish research projects from actual products. "Sometimes I get confused myself," he confessed.

For Nadella, artificial intelligence will also help Microsoft execute on its "mobile-first, cloud-first" vision. While the company today takes care to make all its service ubiquitous, the CEO explained that AI allows the Redmond giant to provide a true mobility of experiences with apps that can continue to help you and learn more about you as you switch between devices.

Nadella used the example of Swiftkey, Microsoft’s third-party keyboard for iOS and Android devices which now uses neural network technology to improve its suggestions in its Android incarnation. The app also has a cloud sync feature to let you use it on multiple devices while allowing it to keep learning more about you. As Nadella explained:

For now, Microsoft’s digital assistant Cortana probably remains the tip of the spear of its AI efforts. While Cortana is still only available in select markets, the cross-platform solution already enjoys 133 million active users across Windows, iOS, and Android devices. Cortana is heavily integrated in Windows 10 devices and Nadella is aware that some users may be reluctant to use it for privacy reasons.

However, Nadella shared that Microsoft is being transparent and responsible with its AI technology: "it's your data, as opposed to something that's going to be used for advertising or conflated with other data or transferred over to other apps without your consent," he explained. And yes, the CEO really thinks that Microsoft is treating artificial intelligence differently than its major competitors:

Today, we look at people who have the capability we do. There's one or two—there's a Google, there's a Facebook. Some we compete with, some we partner with. Each of these companies has AI, but what do they do with it? Even if we make the same choices about categories, our approaches will be different.

Do you think Microsoft's CEO is right to bet on AI as the next paradigm shift in computing? Let us know your thoughts about the company's artificial intelligence efforts in the comments below.