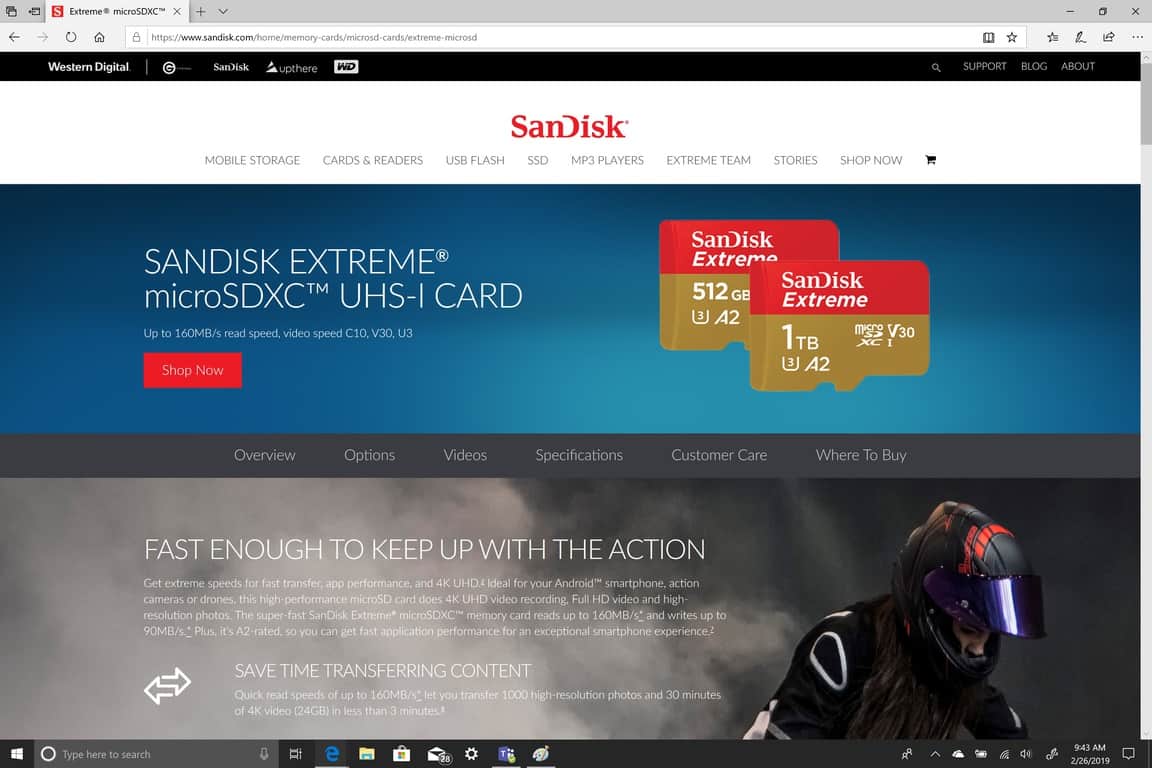 Western Digital, the company that makes the popular SanDisk microSD cards, just announced a new microSD card with the "world's fastest" speeds. As noted in a blog post, the 1TB SanDisk Extreme® UHS-I microSDXC™ card was announced at MWC 2019 and features read/write speeds of up to 160MB/s.

The SanDisk 1TB microSD card was made to handle storage for all the new smartphones announced at MWC 2019, allowing users to store high-quality photos, videos, and music. Brian Pridgeon, director of marketing for SanDisk-branded products at Western Digital noted that consumers rely on SanDisk microSD cards for all their storage needs.

"People trust SanDisk-brand cards to capture and preserve their world. Our goal is to deliver the best possible experience so consumers can share the content that's important to them."