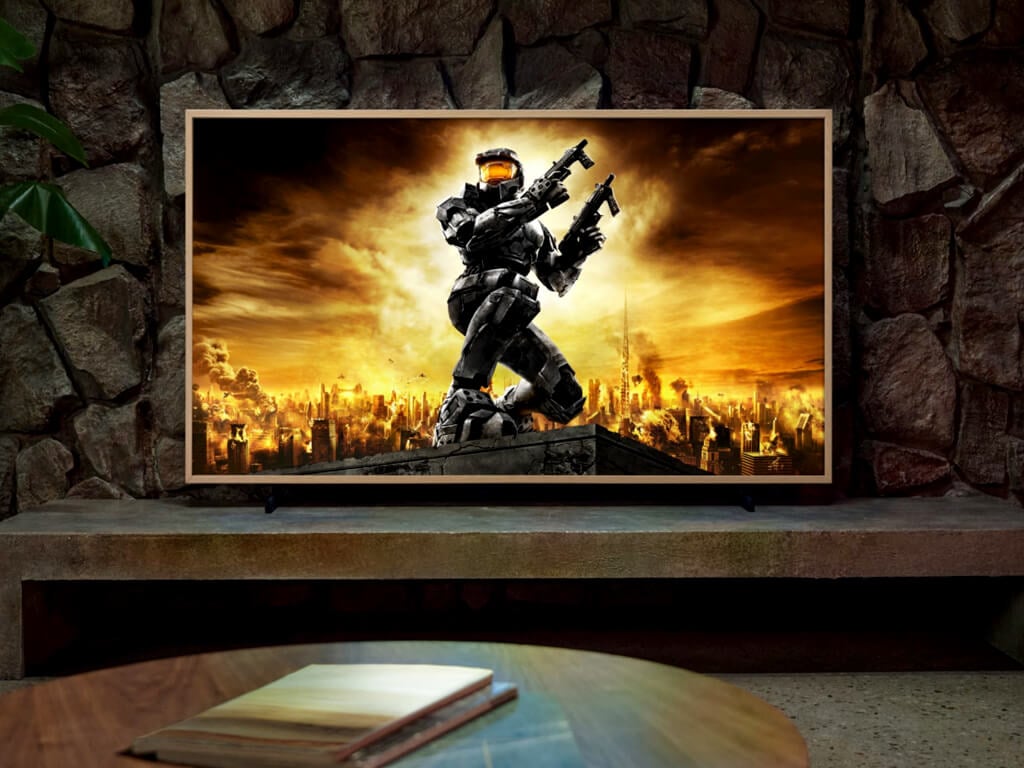 Owners of a Samsung The Frame smart TV are now able to display high quality 4K artwork from a number of Xbox video games.

This new collaboration, announced earlier this week, is made possible via a new official collection of Xbox artwork called Xbox Through The Years that’s now available via The Frame Art Store exclusively for The Frame smart TV models.

Halo, BioShock, and Microsoft Flight Simulator are confirmed to be featured within The Frame Art Store though many other franchises are also included.

“Our partnership with Samsung allows Frame owners to take a trip through Xbox history and celebrate their favorite games through breath-taking graphic art,” Xbox’s Marcos Waltenberg said as part of the official announcement. “We’re excited with ‘Xbox Through the Years’ to continue building on our years of successful collaboration with Samsung, now around Xbox Series X, Xbox’s fastest and most powerful console ever.”

Microsoft and Samsung have partnered together on various Xbox-related campaigns for several years now, starting with the Xbox One X back in 2017. Samsung is also currently the official TV partner of Microsoft’s Xbox Series X console in both the United States and Canada.