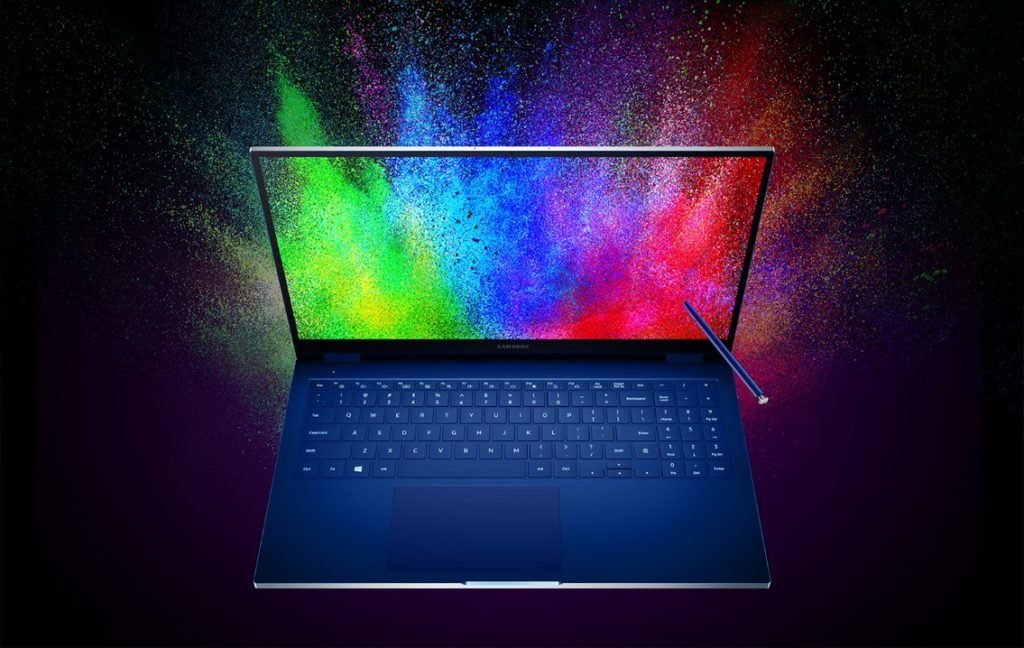 The new Samsung laptops are the first to use Samsung's QLED display with up to 600-nit display capability. As for the rest of the specs, both laptops are available in 13-inch and 15-inch sizes, with up to 16GB of RAM and 1TB NVMe SSDs. (Note, the Flex laptops will have Intel’s newer 10nm processors.) The 15-inch models will also have optional Nvidia MX250 external GPUs.

The Samsung Galaxy Book Flex is a 2-in-1 touch-enabled device built around an ultra-slim, convertible design that can easily transform from a laptop to a tablet. The new Galaxy Book Flex uses Intel's new 10nm Ice Lake processors offering users best-in-class performance and offers Wireless PowerShare that can turn your trackpad into a charging pad. Samsung claims that the new Flex laptop has a "multi-workday battery life," and both laptops have been certified under Intel's Project Athena program, which means both laptops should get at least nine hours of real-world battery life.

For business users, the Galaxy Flex Book also has the ability to let business users control presentations and other content from across the room using the included Bluetooth-enabled S Pen.

The Samsung Galaxy Book Ion differs from the Flex as it does not include a touch screen and is made with ultralight magnesium shell. Similar to the Flex it does include Samsung's QLED display, wireless charging pad, Intel's older 14nm Comet Lake chipset, 10th Gen Core i7 processor, and S-Pen. With the Ion, when you tilt the screen back the spine elevates the keypad ever so slightly in an attempt to give users a more comfortable angle.

With both laptops, Samsung makes it very easy to connect a Samsung phone using Microsoft’s Your Phone to easily get your photos, text messages, notifications, and mobile apps on your Samsung PC, without the need to switch between devices.

Both devices are on sale today at most major outlets like Best Buy, the Microsoft Store and more.