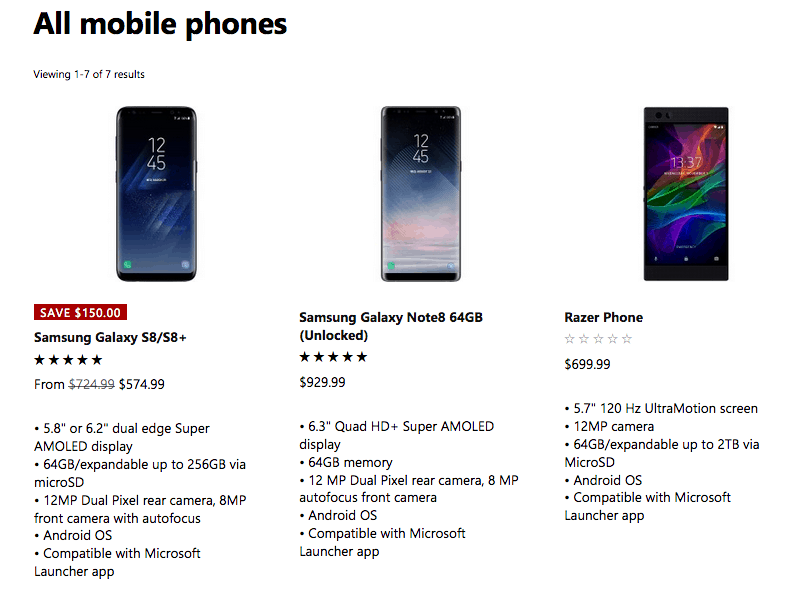 At $929, the Note 8 is currently the most expensive phone you can find on the Microsoft Store, and unlike the Galaxy S8 it’s not currently on sale ahead of Black Friday. For those of you not familiar with it, the Galaxy Note 8 is Samsung’s latest flagship Android phone, featuring a 6.3” edge-to-edge display, a Qualcomm Snapdragon 835 processor, 6GB of RAM and 64GB of expandable storage. The Note 8 also comes with Samsung’s S Pen which can be used for taking notes, drawing your own emojis, make animated GIFs and more.

With three Android handsets now available from the US Microsoft Store, there will soon be more Android phones than Windows phones over there. Do you think it makes sense for Microsoft to push Android phones on its store, and would you like more high-end models to be available? Let us know below.

Have we seen our last Windows 10 Mobile Insider build?