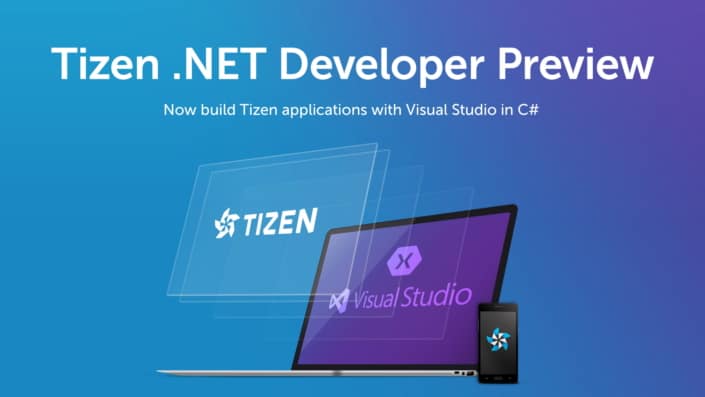 If you followed the news about Microsoft’s annual Connect() developer conference yesterday, you may be aware that the company announced some surprising news: not only did Microsoft join the Linux Foundation as a Platinum member, but Redmond also revealed that Google had joined the .NET community, which you can see as an acknowledgement that the software framemork remains definitely relevant today.

Indeed, Google is actually not the only one technology giant to support the .NET developer community, as Samsung also joined the .NET Foundation Technical Steering Group earlier in June. Today, the Korean company announced that it has partnered with Microsoft to enable .NET support for Tizen, its open source operating system that currently “powers 50 million Samsung devices” including Smart TVs, wearables, smartphones and smart home appliances (via Android Authority)

The company is releasing today a first preview of Visual Studio Tools for Tizen which will “enable .NET developers to easily build Tizen applications for Smart TVs, wearables such as the Gear S3, smartphones, and IoT devices.” Support for Smart TVs, wearables and other IoT devices is expected to be added in the future. “Source code will also be contributed to Tizen and .NET open source projects,” added the company.

Samsung is excited to be a part of the .NET community. .NET has an extensive developer base and great potential. Through thoughtful and progressive collaboration with Microsoft, Samsung is expecting to create unique development experiences for both Tizen and C# developers, enriching the Tizen ecosystem.

While Samsung definitely helped Google’s Android achieve massive momentum with its popular Galaxy line of smartphones over the years, Tizen has allowed the Korean company to not rely on Google’s software for its other portfolios of smart products including wearable and TVs. These new product categories remain highly competitive markets today as Google’s Android Wear and Android TVs operating systems have yet to reach the same levels of dominance that Android claims on the smartphone market today.

As for Microsoft, getting more developers using the .NET framework will be definitely welcome, though it’s worth noting that making it easier for developers to bring more apps to Samsung’s Tizen OS may not help the company’s own Windows 10 Mobile and Windows 10 for IoT get more traction. You can learn more about Visual Studio Tools for Tizen by checking the Tizen developer website.