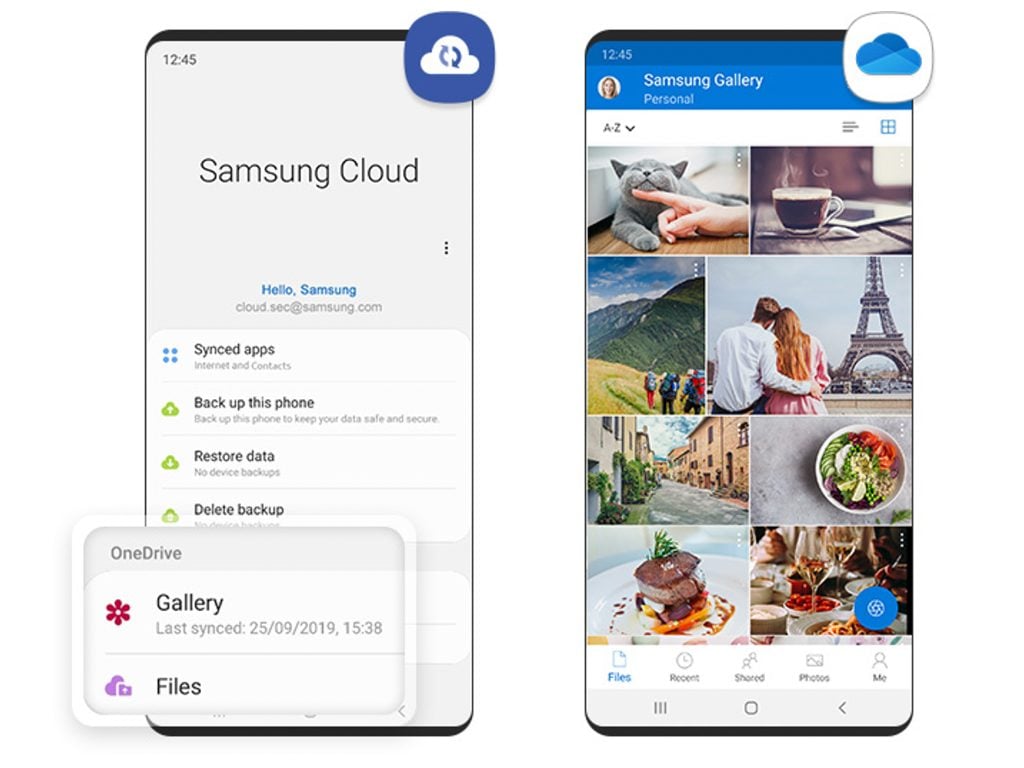 Samsung has announced its plans to terminate some of its mobile cloud services for Galaxy devices, which will be replaced by new integrations with Microsoft’s OneDrive cloud storage service (via Neowin). The deprecated Samsung Cloud services include Gallery Sync, Drive, and Premium storage subscription, and all these services will disappear on June 30, 2021. However, other Samsung Cloud features such as syncing Contacts, Calendar, and Notes will continue to be supported.

To help Samsung Cloud customers get prepared for the sunsetting of the aforementioned services, the company will allow them to migrate their existing Gallery Sync and Drive data to OneDrive, though not all countries, service providers, and Galaxy models will support this OneDrive integration. However, customers will also have the option to download their Samsung Cloud data to their personal storage until June 30, 2021. The first phase of termination will begin on October 5, 2020, and we invite you to check the official FAQ for more details.

Microsoft has an ongoing partnership with Samsung on mobile devices, which goes well beyond a convenient OneDrive integration. Premium Samsung Galaxy smartphones have been enjoying better synergies with Windows 10 PCs thanks to exclusive "Link to Windows” features, and earlier this month, Samsung also revealed that its new Galaxy Note20 would also better integrate with Microsoft 365 apps such as OneNote, Outlook Tasks, and Microsoft To Do, and Microsoft Teams.

It's still important for Samsung to have its own apps and cloud services and to not depend on partners too much, though Google and Microsoft obviously remain much better at cloud services than the Korean company. Back in July, we also learned in a report from Bloomberg that Samsung could be in negotiations with Google to give the latter more prominence for its services on Galaxy phones.