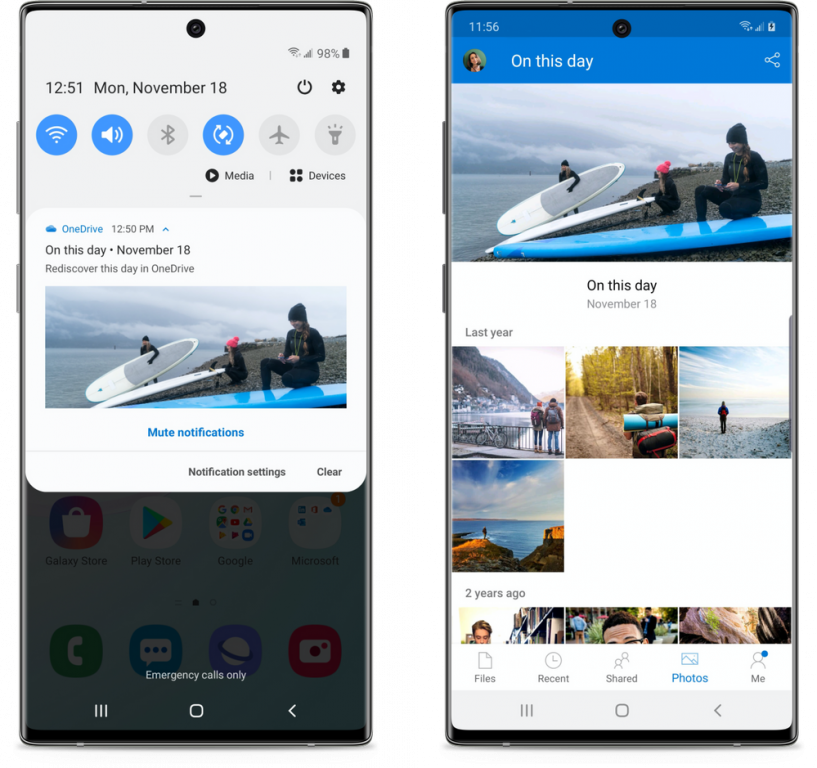 Microsoft and Samsung made a rather splashy co-integration announcement during the unveiling of the Note 10 smartphone where owners of the phone would be treated to some nifty cross-platform software and service homogenization from the two companies.

Among some of the proposed synergies were virtual machine tweaks that would bring Dex to the desktop with support for drag and drop file sharing with Windows as well as better 1:1 support of Microsoft's Your Phone that supplements a users smartphone activities on the desktop.

While some of those integrations are still working their way down the development roadmap, Microsoft and Samsung managed to tick off their list of unification, a new OneDrive Gallery experience on the Note 10 series.

In August, we announced that Microsoft OneDrive will begin powering the photos and cloud storage experience on Samsung Galaxy phones and devices. Samsung is now rolling out the new experience to Galaxy Note10 and Note10+ devices in Europe with the US to follow. Soon your Note10 will natively integrate OneDrive with Samsung Gallery to store your photos and videos in the cloud. When you store your camera roll with OneDrive, your photos and videos will be backed up, protected, and accessible from your phone, PC, Mac, and web browser. With your photos in OneDrive, you’ll won’t need to worry about losing a memory even if you lose your phone.

In practical use, Microsoft and Samsung are targeting the presumable vinn diagram sectional of people who own a Note 10 and use OneDrive cloud storage and offering a more refined experience than what individuals were given a few years ago with a photo back up on mobile.

Previously, users would have to manually go into the OneDrive app and sift through settings to enable photo back from the camera roll, but now it seems Samsung is taking the reigns of that process and automating it for owners while also putting it front and center in the gallery app experience.

Users can now view Rediscover this Day in OneDrive albums through the gallery or prompted in through the notification shade with Samsung's latest One UI 2.0 release. 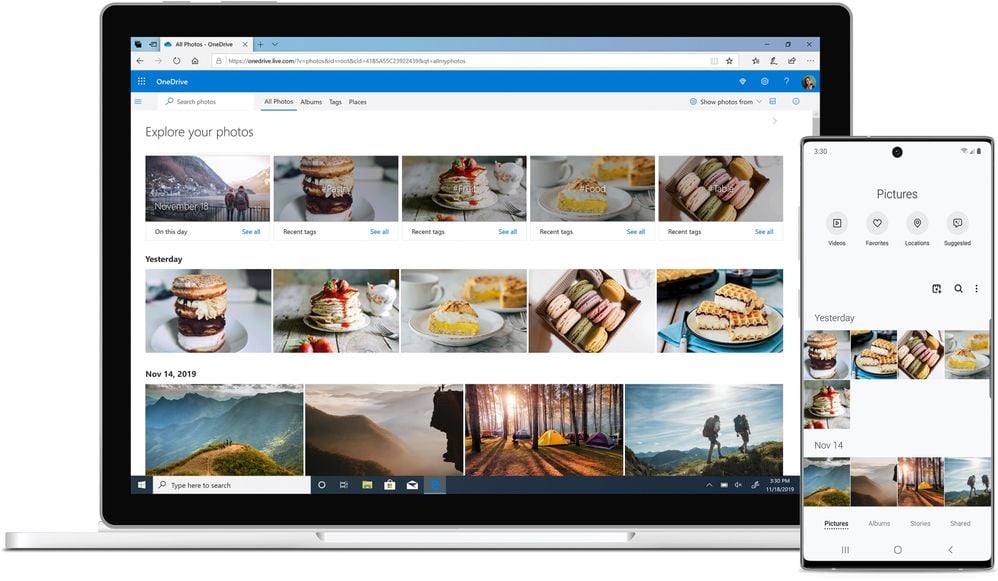 As before, images backed up to OneDrive can be viewed from the Gallery app on the phone, desktop app in Windows 10, iPadOS, and the web.

The new Note 10 Gallery experience should be rolling out to eligible devices as part of Samsung's OneUI 2.0 update to phones. Check the app or your system update options to snag the new feature.

If you have a Galaxy Note10 and you currently have a storage plan with Samsung Cloud, you may be eligible for bonus storage for 1 year. If you are new to OneDrive, you get 5 GB of free storage. If you need more, you can upgrade to a 100 GB plan or an Office 365 subscription, which includes 1 TB of storage plus premium features such as ransomware detection and recovery. Learn more about OneDrive plans.

Xbox Games with Gold for January include Batman: The Telltale Series and Tekken 6

Microsoft Store has these last minute holiday deals for you