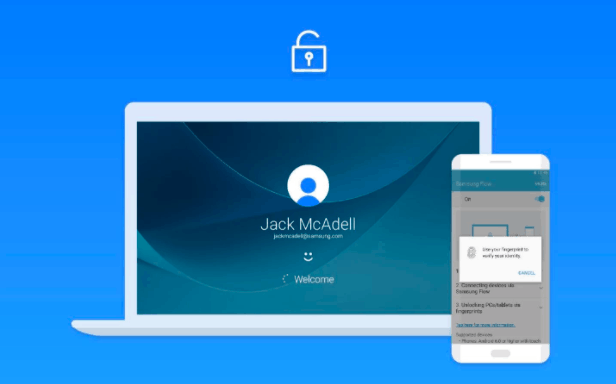 Answering to a comment on the Google Play Store listing, the Korean company explained that the new functionality will be enabled in April after the release of “Windows 10 next major update” (which as you may know is the upcoming Creators Update).

Samsung also confirmed that the Windows 10 Creators Update will be released in April.

According to the store listing, the Samsung Flow Android app is only compatible with select handsets including the Galaxy S7, S7 edge, S6, S6 edge, S6 edge + and Note 5. After installing it, Galaxy users need to pair their phone to their Galaxy TabPro S using Bluetooth or NFC. Overall, it’s not clear if using Samsung Flow to unlock your PC is faster than just typing your password, but it’s certainly a nice to have feature if your Windows 10 PC doesn’t support Windows Hello.

It remains to be seen if the app will support more Galaxy handsets in the future, but Samsung may well have a found a new feature to differentiate itself from other Android manufacturers. If you own a recent Galaxy smartphone, let us know in the comments if you’re looking forward to be able to unlock your Windows 10 PC using Samsung Flow.