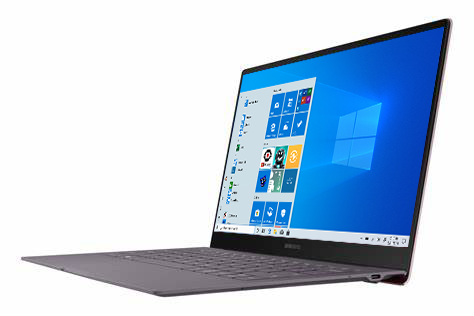 Nearly half a year after the release of a Qualcomm ARM-based version, Samsung has announced the availability of a Galaxy Book S with Intel processor. Sporting Intel’s Lakefield chipset, the new device has the same CPU rumored for Microsoft’s now-delayed Surface Neo dual-screen device.

The Galaxy Book S becomes one of the first-ever notebooks with Intel’s Foveros 3D stacking technology and hybrid CPU architecture. Samsung promises this means that Galaxy Book S will offer “exceptional laptop performance.” Unlike the Qualcomm version, which is limited by the ARM-chipset, this means for full Windows 10 application compatibility.

Per Samsung, the chipset allows for the device to “intelligently balance multiple high-performing processes during use while conserving battery when not in use.” On paper, that should result in longer battery life, though exact numbers were not given. Samsung instead detailed the 42-watt hour battery.

Under the hood, the Galaxy Book S features 8GB of RAM, or 256GB or 512GB of storage. There’s also a MicroSD card slot, a fingerprint sensor, 2 USB-C ports, and a headphone jack, too. The device is powered by either Windows 10 Home or Pro and supports Wi-Fi 6 and Bluetooth 5. There’s also always-on LTE, which allows for gigabit internet speeds without worrying about Wi-Fi.

The weight of the device comes in at 950 grams, with a thickness of 11.8 mm at the thickest point. It’s important to note, though, that there is no fan on board, which is quite impressive for a device with a durable metal body.

As for the display, the device sports a 13.3 inch full HD touch screen panel. It can get up to 600 nits of brightness with an outdoor mode. Samsung didn’t announce pricing, but mentioned that Galaxy Book S will be available in two colors, “Earthy Gold” and “Mercury Gray.”

The Galaxy Book S is also able to take advantage of Microsoft’s Your Phone app. It allows users to connect their Android device to the notebook to share their screen, see text messages, photos, and more.