"Free-to-play Halo MP only makes sense if Xbox Live Gold barrier goes away at least for free games,” Grubb first tweeted this morning. When asked to elaborate, Grubb said in another tweet that "Xbox Live Gold is going away and playing online multiplayer will be free. They will not force you into Ultimate to play online.” In a last tweet about the subject, the journalist that "I'm referring specifically to the online-multiplayer paywall here,” hinting that Xbox Live Gold may not completely disappear"

Xbox Live Gold is going away and playing online multiplayer will be free. They will not force you into Ultimate to play online.

Microsoft requiring Xbox Live Gold to play free-to-play multiplayer games on Xbox One has been a regular point of criticism in recent years, especially since Sony doesn’t require PlayStation 4 players to subscribe to PlayStation Plus to play games like Fortnite. However, there are some signs showing that the online multiplayer paywall for free to play Xbox games may be here to stay.

During its Xbox Games Showcase last week, Microsoft showed a new trailer for CrossFireX, a free-to-play multiplayer game that will be available on Xbox One later this year. The trailer had a message indicating that Xbox Live Gold will be required to play CrossfireX, as you can see in the screenshot below. 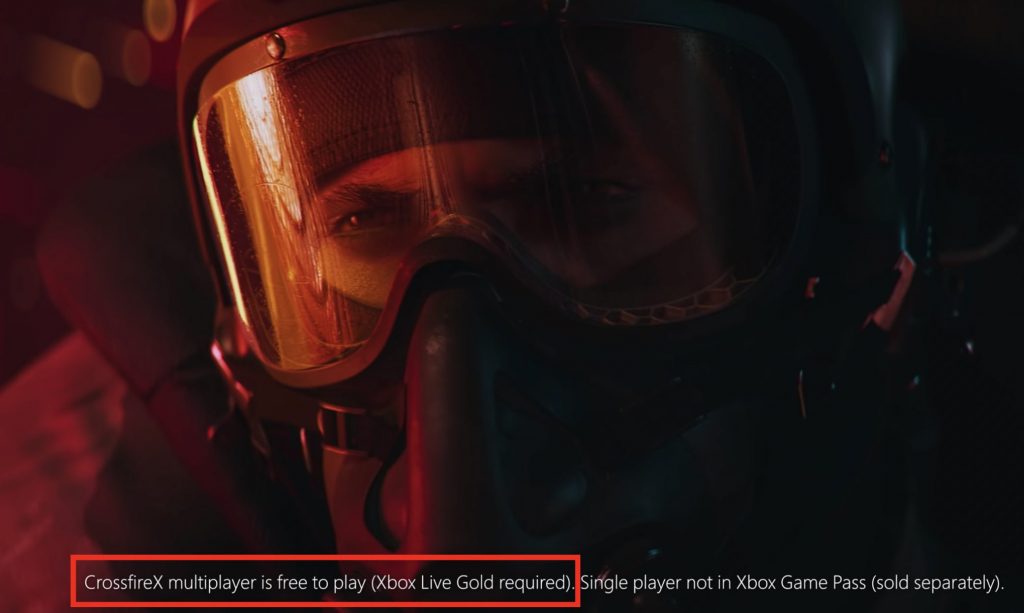 Xbox Live Gold is one of Microsoft’s oldest subscription services, and even though the company doesn’t share the number of subscribers, it’s definitely a big source of revenue for the company. Xbox Live Gold not only provides access to multiplayer on Xbox consoles, but it also includes four free games every month plus access to weekly "Deals with Gold” for Xbox One and Xbox 360 games.

Microsoft is expected to have more next-gen Xbox news in August, so we'll see what happens in the coming weeks. Do you think it's time for the company to make free-to-play multiplayer games truly free on Xbox consoles? Let us know in the comments below.

Microsoft's new Battletoads game will be released on August 20 on Xbox One, PC, and Xbox Game Pass