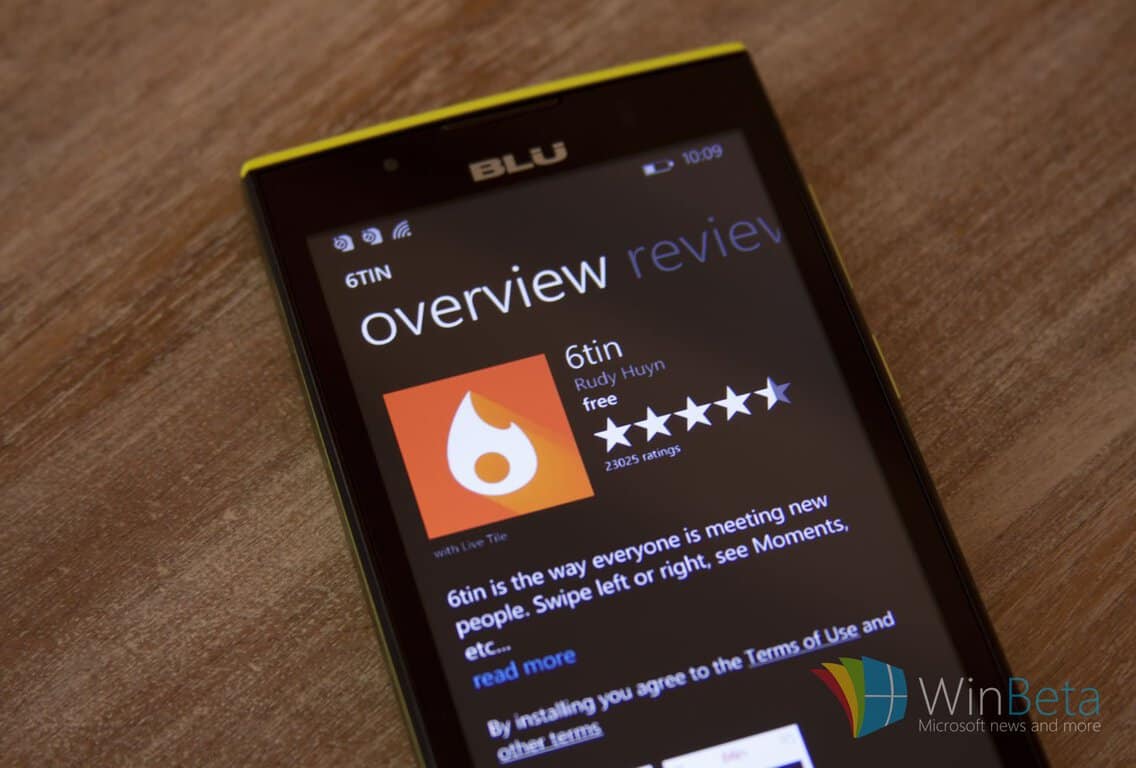 After landing a job at Dropbox, Rudy Huyn is now coming back to the sweet embrace of the Windows enthusiasts community with his newest project: 6tin for Windows 10, announced today on his Twitter feed.

A third-party client of Tinder, 6tin will be Rudy's first Windows 10 creation, and will be ready for the Windows 10 Mobile launch. The app will be a universal app, as confirmed by Rudy in a following answer tweet. Rudy also reveals more about his other much-anticipated app, 6tag, saying that it needs "some 6tin codes" and will be available after 6tin. With no signs of Tinder developing an official Windows app, and Instagram's lackluster effort in keeping its Windows client on parity with other platforms, we will have to again look to Rudy to save the day.
French developer Rudy Huyn is one of the most prolific developers for Windows  and its "champion", famous for providing well-designed third-party clients to popular services that either neglect or refuse to adopt the platform (such as Tinder, Snapchat, and Instagram) and adding his trademark "6" to the their names. Examples of his works include 6snap, 6tag, 6secret and recently 6tin.