While Microsoft's Windows Store is often criticized for the quality and quantity of its apps, some developers are proving that it's actually possible to enjoy commercial success in the app store for Windows 10 devices. Two weeks ago, we reported how developer Game Troopers was leveraging the new Windows 10 ecosystem to spread its games across PCs and phones, but today a new post on Windows Dev Center explains how German developer flaregames has been successfully launching its Royal Revolt games on the Windows Store.

If you're not familiar with them, Royal Revolt and Royal Revolt 2 are popular free-to-play strategy games that were first released on iOS and Android. While flaregames is a small team of 15-20 people, the game studio still launched Royal Revolt on the Windows Store in 2013 and the game received more than one million downloads two months after its release.

Following this success, flaregames’ Business Development Director and Co-founder Georg Broxtermann. explains that "Porting Royal Revolt II (sic) to Windows no-brainer," and the award-winning sequel was launched on the Windows Store in 2014.

Broxtermann adds that Microsoft is a great partner to small games studios such as flaregames. Indeed, Microsoft can offer developers both technical support as well as app promotion

Microsoft has an excellent technical hotline so you can get help. The biggest asset with Microsoft is that all of the teams in Europe, United States, and Asia are very smart, and you can have direct contact with them.

When we work on an update or big new feature, Microsoft is interested and tries to let its users know. One of the nicest features is that they will send players an email with the announcement of a new feature that’s coming up.

While Royal Revolt 2 is a free-to-play game, the amount of in-app purchases has proven to be quite significant on the Windows Store, with Broxtermann sharing that about a third of the game’s total revenue across all platforms, including iOS and Android, comes from Windows devices. More importantly, the Windows phone version of the game has enjoyed tremendous growth in revenue, as the game studio exec shares that "we doubled the revenues for the game in 2015 [compared to 2014] on Windows mobile devices.”

Expanding the reach of our games is naturally of great interest to us. Bringing our biggest brands to all Microsoft platforms would therefore present a fantastic longer-term achievement for us as a company.

If you didn't try it yet, you can download Royal Revolt 2 from the download link below. Let us know in the comments if you believe that the Windows 10 Store is going to enable more developer success stories in the future. 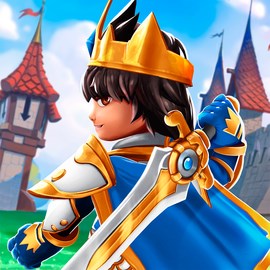 Microsoft creates its own FreeBSD distribution to run on Azure

Amazon has a great deal on a new Xbox One, $319 with lots of extras