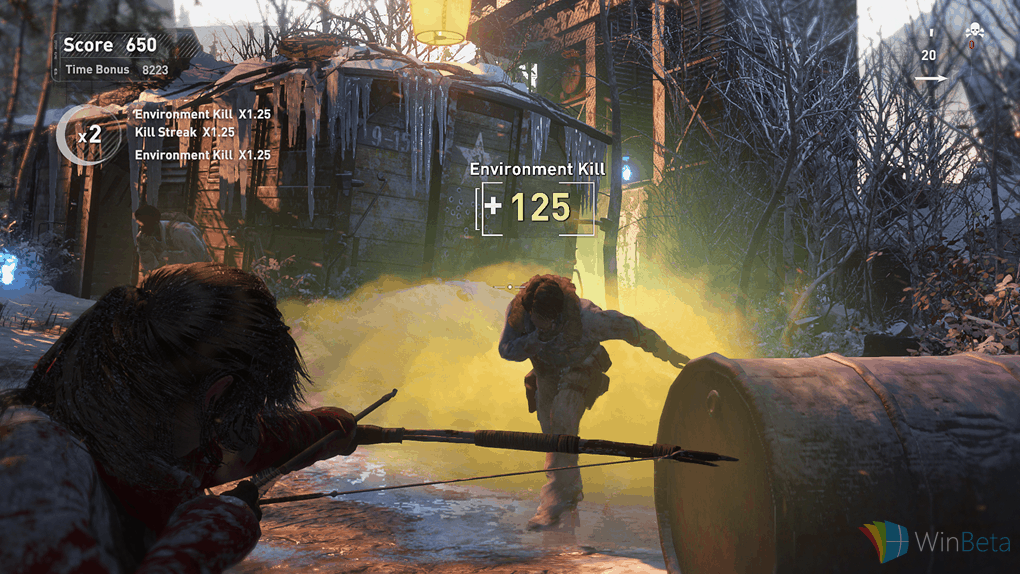 Despite being universally praised by critics and gamers since its launch earlier this month, some Rise of the Tomb Raider fans have begun to express doubt over how well the game has actually sold, especially with it being released at the same time as Fallout 4, one of the most-hyped games of the year.
The game’s director, Brian Horton, has responded to fans directly on some Tomb Raider discussion forums and reveals that both Square Enix and Microsoft are very happy with Rise of the Tomb Raider and makes a point to mention its recent award nominations and positive reviews from the press.


“Microsoft and Square are very happy with Rise and the dev team, thanks for the concerns,” he says in his post. “Crystal and Eidos Montreal made a game we are proud of and we appreciate the overwhelming number of positive reviews and fan feedback. We're looking forward to the Game Awards next week where we are nominated for Best Action Adventure and Best Performance for Camilla. Wish us luck, hopefully it's just the beginning of the recognition Tomb Raider and Lara Croft receives this year.”
No official sales numbers have been revealed for Rise of the Tomb Raider right now however a quick look at the Xbox One New Releases chart on Amazon (which is updated hourly) does currently show it ranking at 14th, well below the top three titles, Halo 5: Guardians, Fallout 4, and Call of Duty: Black Ops III. This of course is purely Amazon sales and doesn’t include sales of the game elsewhere or directly through the Xbox One’s digital store which more and more Xbox One owners are using to buy games instead of purchasing physical disk copies.
Have you bought Rise of the Tomb Raider for your Xbox One or Xbox 360 yet? Are you concerned about its success? Share your thoughts with the WinBeta community in the comments below.

Meet the new smartphone that runs Windows 10 Desktop and Android