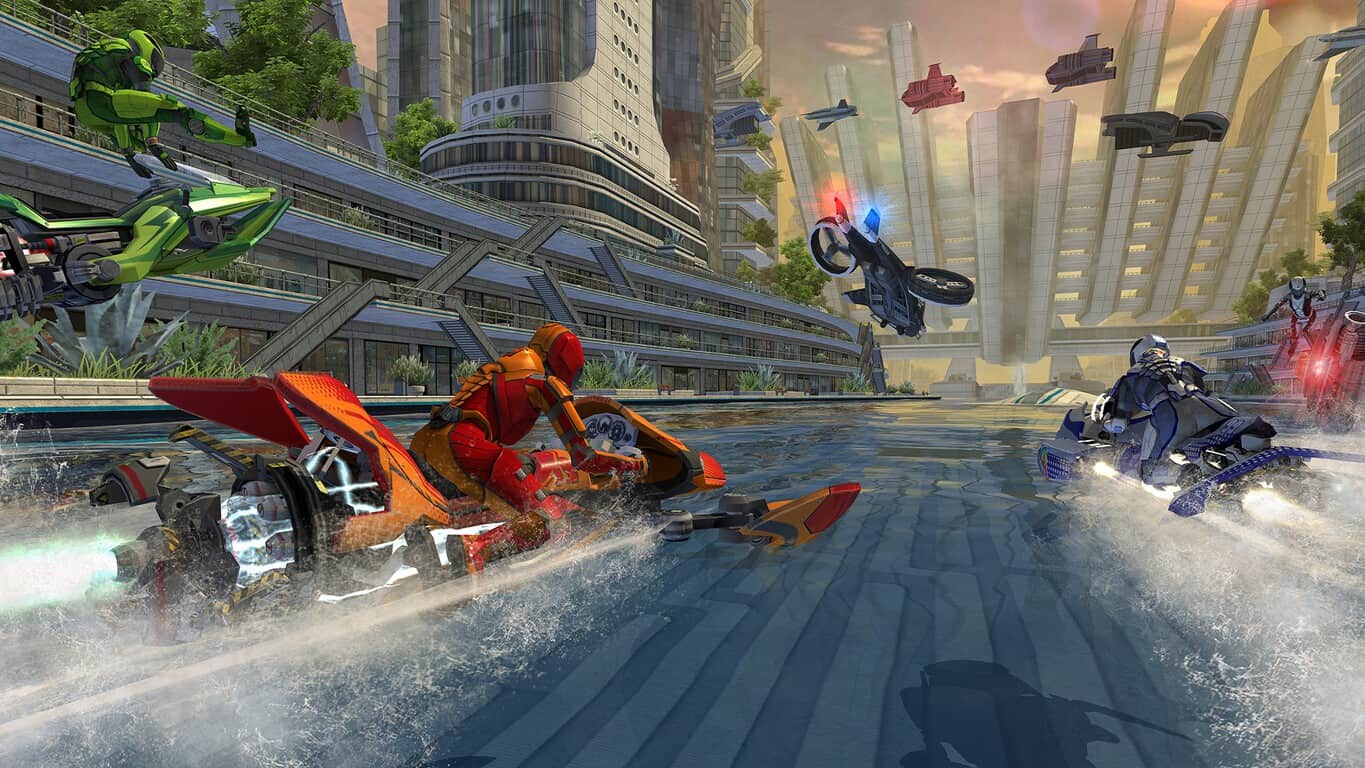 Vector Studio first unveiled the game during PAX West 2015, which was released a year later on iOS, Android, Steam and Playstation 4. In a blog post published back in December, the game studio announced that Riptide GP: Renegade would be an Xbox Play Anywhere title, with full support for cross-play multiplayer between Xbox One consoles and Windows 10 PCs. More importantly, the developer claimed that the Xbox One version of the game was "the only version that lets you play local split screen with up to six players."

Overall, the latest installment in the Riptide GP franchise is the first to be designed from the ground up for modern consoles and PCs, and you can expect much better graphics and gameplay compared to the mobile versions. You can find below the game's official description as well as the latest trailer:

Riptide GP: Renegade drops players into a futuristic world of illicit hydro jet racing, where armored riders kick out death-defying stunts over massive waterfalls, outrun cops, and boost at breakneck speeds across surging waves.  With a deep career mode and both split screen and online multiplayer, Riptide GP: Renegade is the first game in the popular racing series designed especially for modern consoles.

The developer has yet to share pricing details, though the game is currently a $9.99 purchase on Steam and Sony's Playstation Store. Hopefully, the price of the Xbox Play Anywhere version will be in the same range. Let us know in the comments if you're looking forward to playing the hydrojet racing game on your Xbox One or Windows 10 PC later this month.