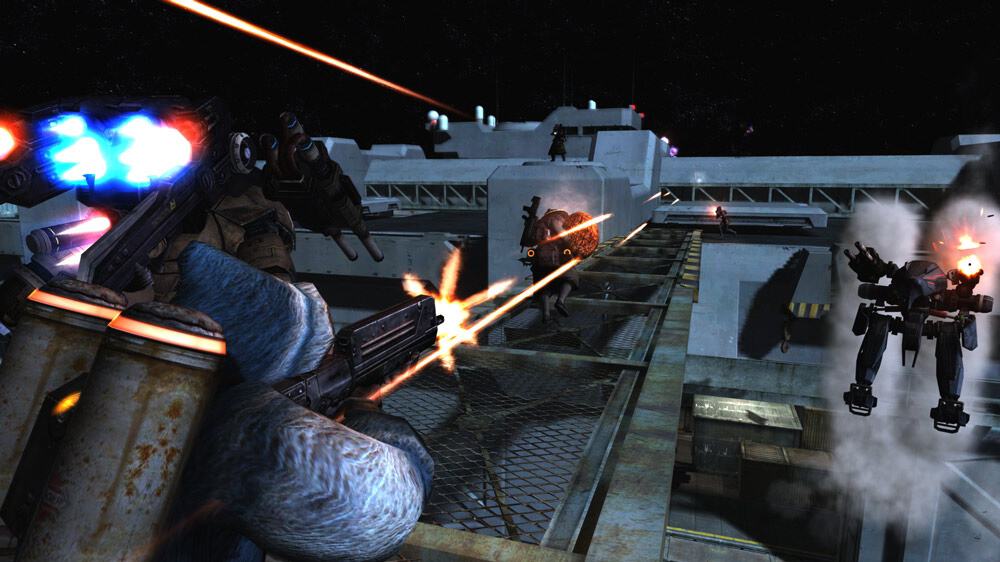 As promised, Microsoft has added more titles to the list of Xbox 360 games that are now backward compatible with the newer Xbox One series of consoles. As pointed out by Xbox's Larry Hryb on Twitter, four of the Lost Planet titles—games 1, 2, 3, and Odyssey—are now on the backward compatibility list. This means those who have enjoyed playing the first-person shooter / survival series developed by Capcom can now play those games on the Xbox One.

Also from Capcom and now backward compatible is the Resident Evil - Code: Veronica. The game was the first Resident Evil title for Microsoft's Xbox 360 console, although it was fourth in the series as a whole, and centers around Claire Redfield three months after the destruction of Racoon City in Resident Evil 3.

It's definitely nice seeing Microsoft's work on bringing more games to the backward compatibility list. The Xbox One is a completely different device from the 360 and thus can't natively run its games. However thanks to the implementation of hardware emulation, many of the games that long-time Xbox fans have grown to enjoy can now be played on the newest generation system.

Microsoft brought more than 100 titles to the backward compatibility list last year, ending with almost 550 total games. While it's hard to understand the technical challenges to bringing new titles to the list, the company is taking suggestions from users as it works on making more of them available.

Want to be more productive in Outlook? Microsoft's CVP for Time Management shares some tips

Santorini, Centaurus, Pegasus - codenames provide clues to Microsoft's plans for the future of Windows and beyond