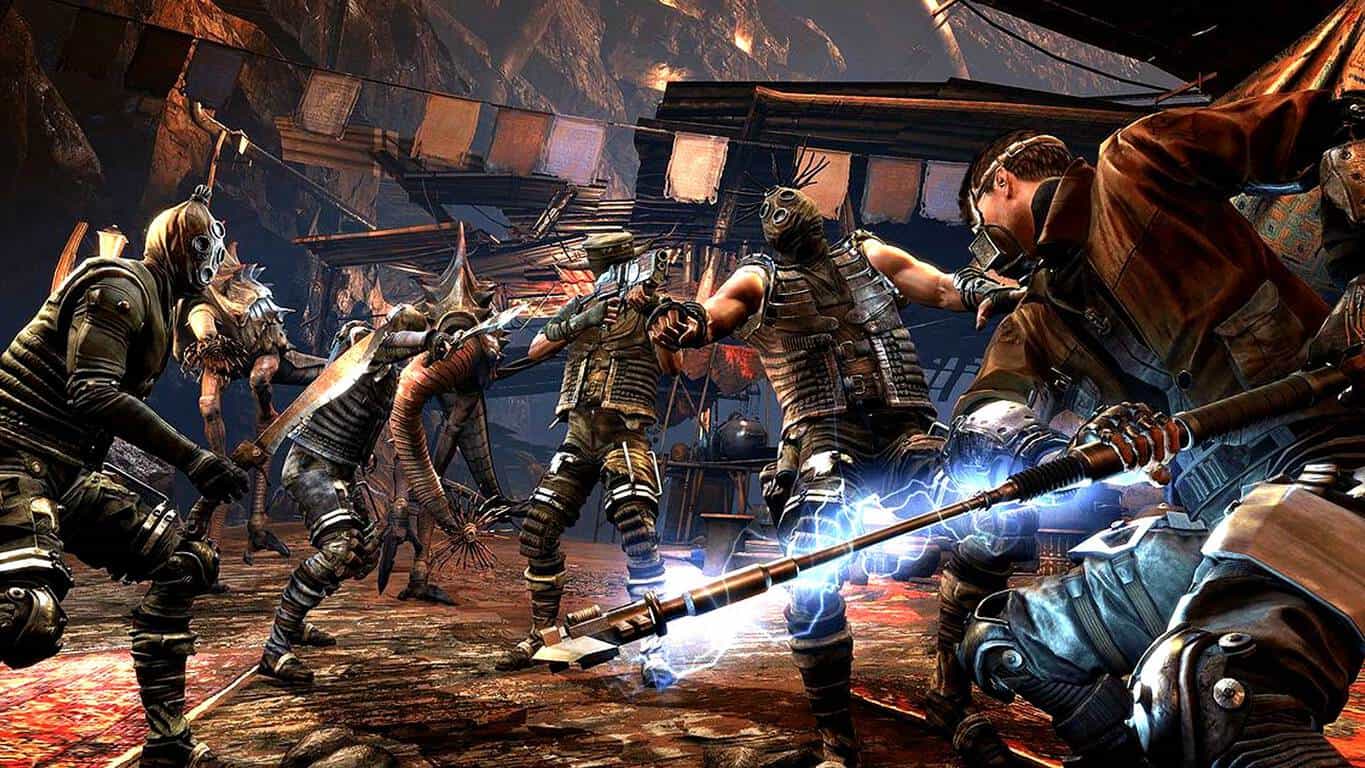 Resident Evil 5, The Technomancer, 7 Days to Die, and Full Mojo Rampage are all available to purchase and download right now on the Xbox One.

Resident Evil 5 on Xbox One

Resident Evil 5 is a re-release of the game and boasts a 1080p resolution and improved framerate. It comes with all the previously released downloadable content (DLC), the previously PC-only No Mercy mode, and a new mode called The Mercenaries United.

Here’s the official game description: One of the most popular Resident Evil titles comes to Xbox One in full 1080p HD with an increased frame rate.  Featuring single-player and co-op modes and a dramatic storyline, this fully-loaded release includes all previously released DLC (Lost in Nightmares and Desperate Escape story expansions, Versus mode, extra figures and 4 costumes), and the previously PC-exclusive No Mercy mode, as well as the new mode “The Mercenaries United” which combines the two fan-favourite modes, The Mercenaries and The Mercenaries Reunion for an even more intense experience.

Buy Resident Evil 5 on Xbox One

The Technomancer on Xbox One

The Technomancer is an action roleplaying game with a focus on combat and skill tree customization. Here's the official game description: The Technomancer takes you to Mars, where you live as a mage-warrior. You’re capable of harnessing destructive electrical powers amplified by cybernetic implants. Feared and respected by all, you are on the verge of completing your initiation rite to become a fully-fledged Technomancer.

Buy The Technomancer on Xbox One

7 Days to Die on Xbox One

7 Days to Die is an action and adventure title with support for two player split-screen local multiplayer and four player online multiplayer. The game features a heavy focus on open-world gameplay which encourages players to play the game however they like.

Here’s the official game description: Set in a brutally unforgiving post-apocalyptic world overrun by the undead,7 Days to Die is an open-world game that is a unique combination of first person shooter, survival horror, tower defense, and role-playing games. It presents combat, crafting, looting, mining, exploration, and character growth, in a way that has seen a rapturous response from fans worldwide.

Buy 7 Days to Die on Xbox One

Full Mojo Rampage on Xbox One

Gamers after something dynamic may want to check out the action roleplaying game, Full Mojo Rampage, which contains local and online multiplayer options and randomly generated levels and items. Here’s the official game description: Full Mojo Rampage is a rogue-like game that takes place within the confines of the Voodoo reality. In this realm only the most powerful rites and powers can provide a safeguard against evil. Dying is not the end, only the beginning to becoming a stronger voodoo soul! The game includes several multiplayer cooperative and competitive modes to play with friends.

These four video games are the latest releases on Microsoft’s Xbox One console and join Lego Star Wars: The Force Awakens, which also launched earlier today. Other recent releases on Xbox One include Lumo, Into the Belly of the Beast, Kung-Fu for Kinect, and Heart&Slash. Let us know which new Xbox One video games you’re playing in the comments below.