Report says Surface Duo could get Android 11 update by mid-year - OnMSFT.com Skip to content
We're hedging our bets! You can now follow OnMSFT.com on Mastadon or Tumblr! 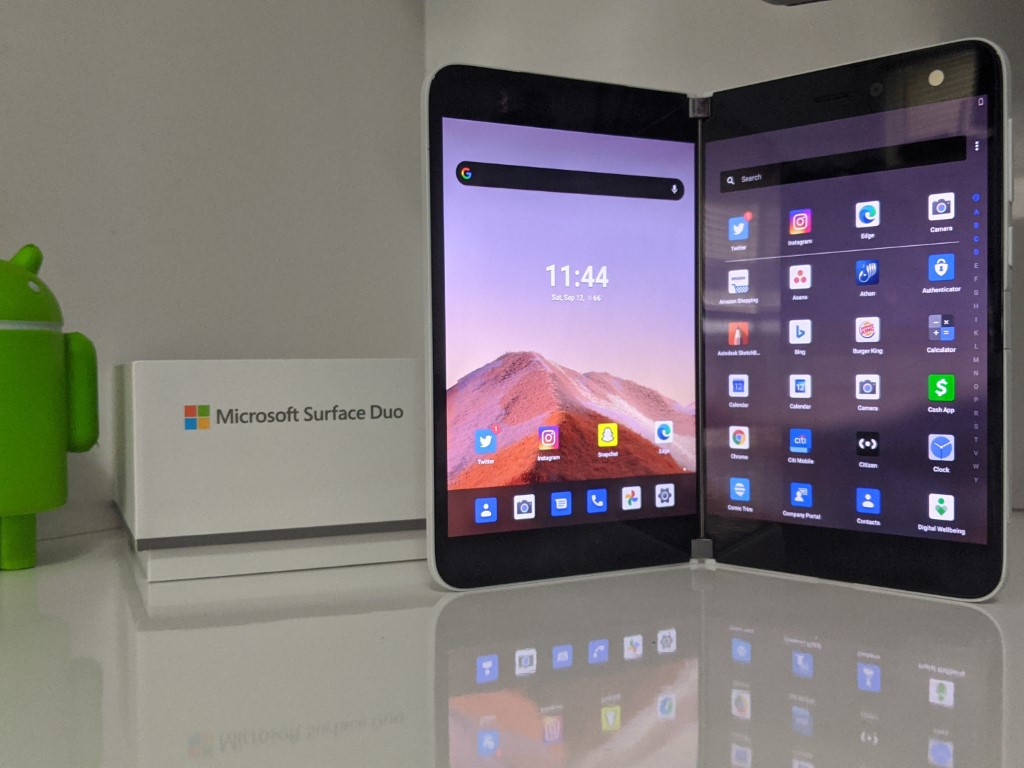 The Surface Duo has been promised to get three years of updates, and they've been coming at a lot slower pace than we expected, but there's some hope on the horizon. According to a report from the German blog, Dr. Windows, the Surface Duo could get its long-awaited Android 11 update later this year.

Citing a briefing with people who worked with the Surface Duo project group, the blog believes that the Surface Duo could finally get Android 11 later this summer. The reason it took this long, per the report, is that Microsoft worked with Google to support dual-screen setups in Android 11, code, to help benefit other Android OEMs who want to make similar devices.

An additional report from Windows Central seems to back up what Dr. Windows is saying, with Zac Bowden's sources telling him that Android 11 will come to the Duo in mid-year. This could mean anytime between June or September, and an actual date has not yet been set in stone.

It definitely seems as though it's still going to be a waiting game for Android 11 on the Duo. Most other Android phones have already gotten Android 11 updates, and Android 12 is right on the horizon this year, with a big redesign, according to leaked images.

Whenever Android 11 does come to the Duo, there remains the chance that it once again could be outdated --- in the same way that the Duo now runs Android 10, when most phones are on Android 11. We'll just have to wait and see, but at least the Duo is now expanding to new markets, including Canada, Germany, France, and the UK.