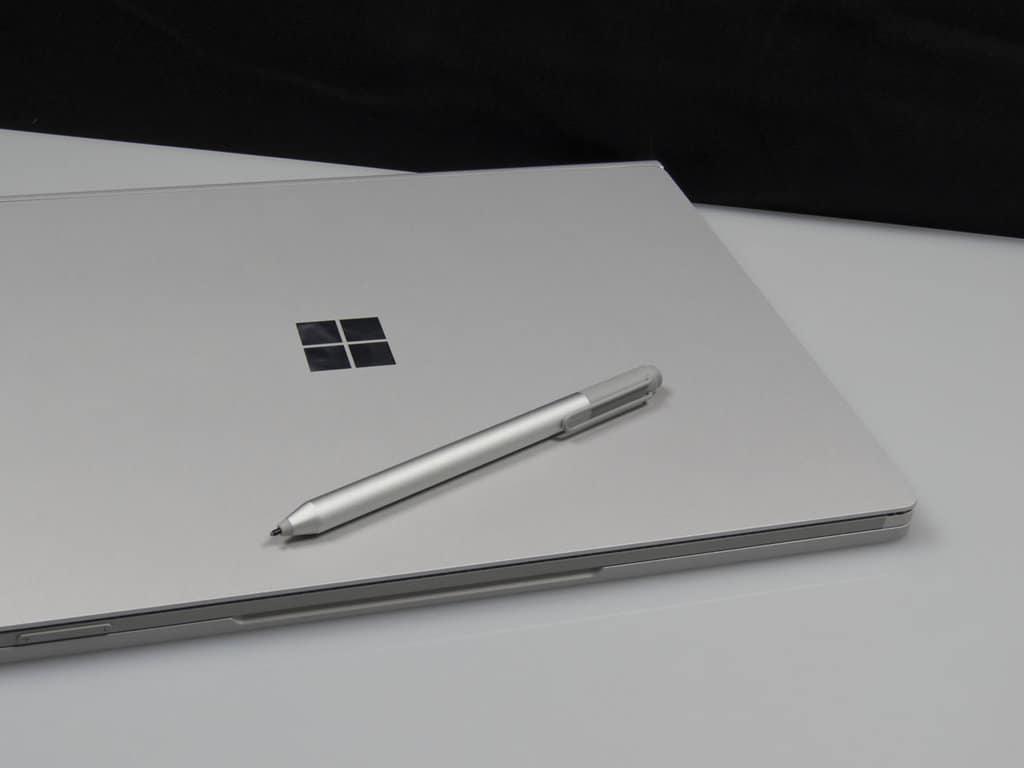 Time for the rumor mill to churn some more. As we’ve previously reported, there are rumors circulating that a refreshed Surface Book and a brand new Surface All-in-One (AIO) may be on the way. Some rumors pointed towards all new devices launching with the Redstone 2 update for Windows 10 next spring. But other Surface rumors have pointed to a late fall refresh, possibly to compete with the new Macbook Pro or to quickly take advantage of the first Kaby Lake processors on the market.

Now a new report from Windows Central contains some more rumors concerning what a Surface Book 2 might look like, and how big a Surface All-in-One might be.

First up is the Surface Book 2. According to Daniel Rubino from Windows Central, the Microsoft laptop that shocked us all last fall is getting a tweak to its signature fulcrum hinge. The hinge will be updated so that the Surface Book closes completely, leaving no gap between the screen and keyboard when closed.

The Surface Book may also be getting some new internals, including Intel’s replacement for Skylake chips, the Kaby Lake generation of CPUs. But while Windows Central is catching rumors about a refreshed Surface Book, there is still nothing emerging about a possible update to the Surface Pro line.

Earlier this summer, rumors started surfacing about a brand new type of Surface which isn’t so mobile. In fact, rumors say this new Surface’s purpose is to be a more stationary staple in the home. Windows Central is reporting that the all new Surface AIO is being tested in three different configurations. There is a 21 inch Full HD version, a 24″ 4k variant, and finally a 27″ 4K version.

Windows Central is also reporting rumors that the Surface AIO “is targeted for the living room” and is being designed as “elegant” addition you would “want to be seen in your living room.”

Of course, all of this is still highly speculative, and should be taken with a fair amount of salt. But with summer almost over, and the Windows 10 AU in the rear view mirror, it wouldn’t be surprising to hear about hardware refreshes as the holiday season inches closer. Stay tuned and we’ll keep you posted on all the latest Surface rumors.