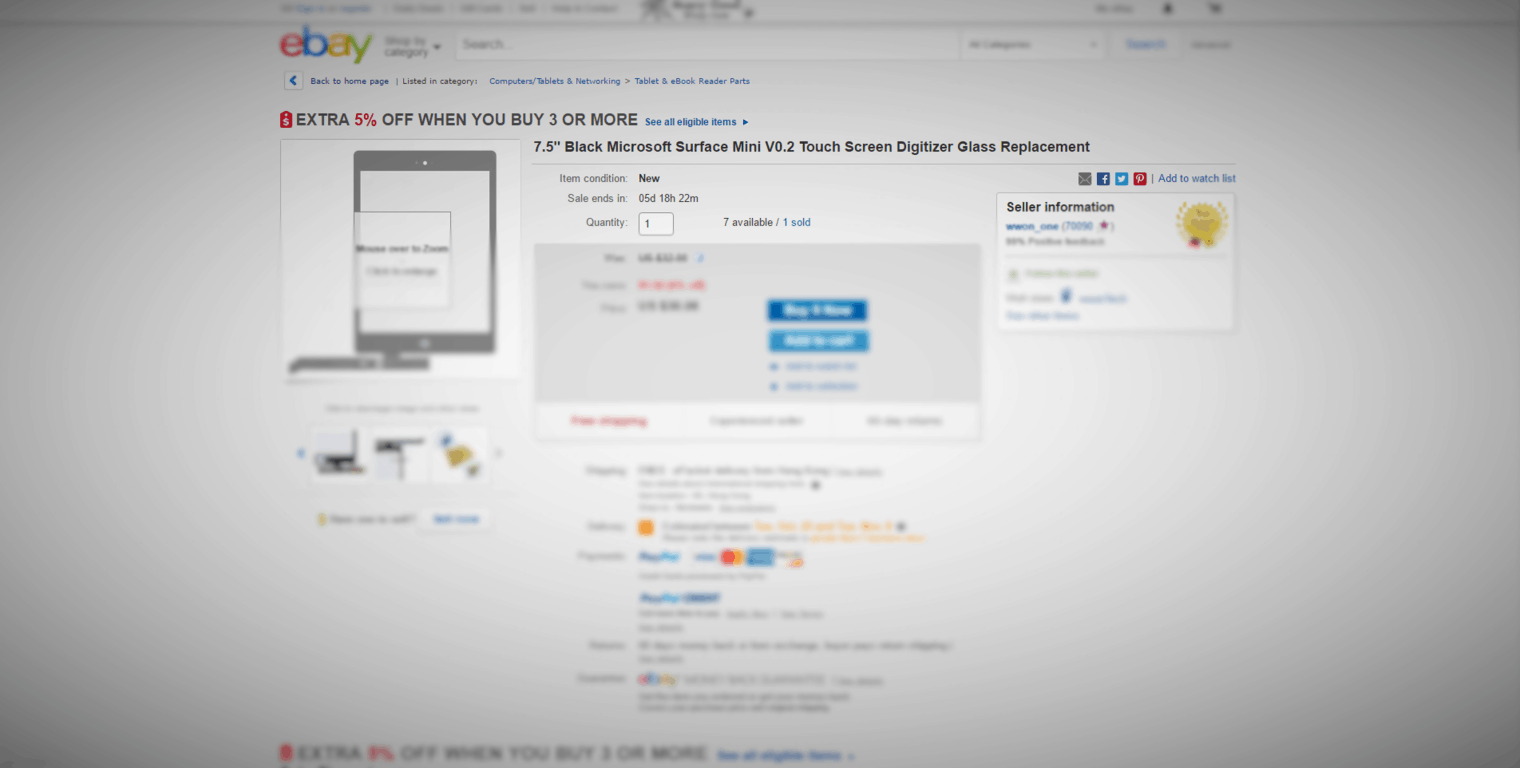 Remember the Surface Mini? Don't you? Well, that is probably because it was never released. It was actually confirmed in an interview with Panos Panay but it never made it to the hands of regular consumers.

Now, we can finally get an idea of what the Surface Mini looked like. Some replacement screens appeared on eBay (via WindowsBlogItalia) and can be bought right now by going to the eBay page of the product. They aren't that expensive either. They currently cost $30.08 but are probably worth much more.

This was spotted by Brad Sams, and he Tweeted out this, with a comical comment:

If you break the screen on your Surface Mini, you can find a replacement on Ebay. pic.twitter.com/25qwlyxl4l

This is very interesting and strange at the same time. It's very uncommon to see anything from the Surface leak and especially whole product parts. This is something collectors should keep their eyes on. That page may show many more zeros at the end of the price someday.