Refugees with Marco Polo cycling team use Skype Translator for directions and encouragement - OnMSFT.com Skip to content
We're hedging our bets! You can now follow OnMSFT.com on Mastadon or Tumblr! 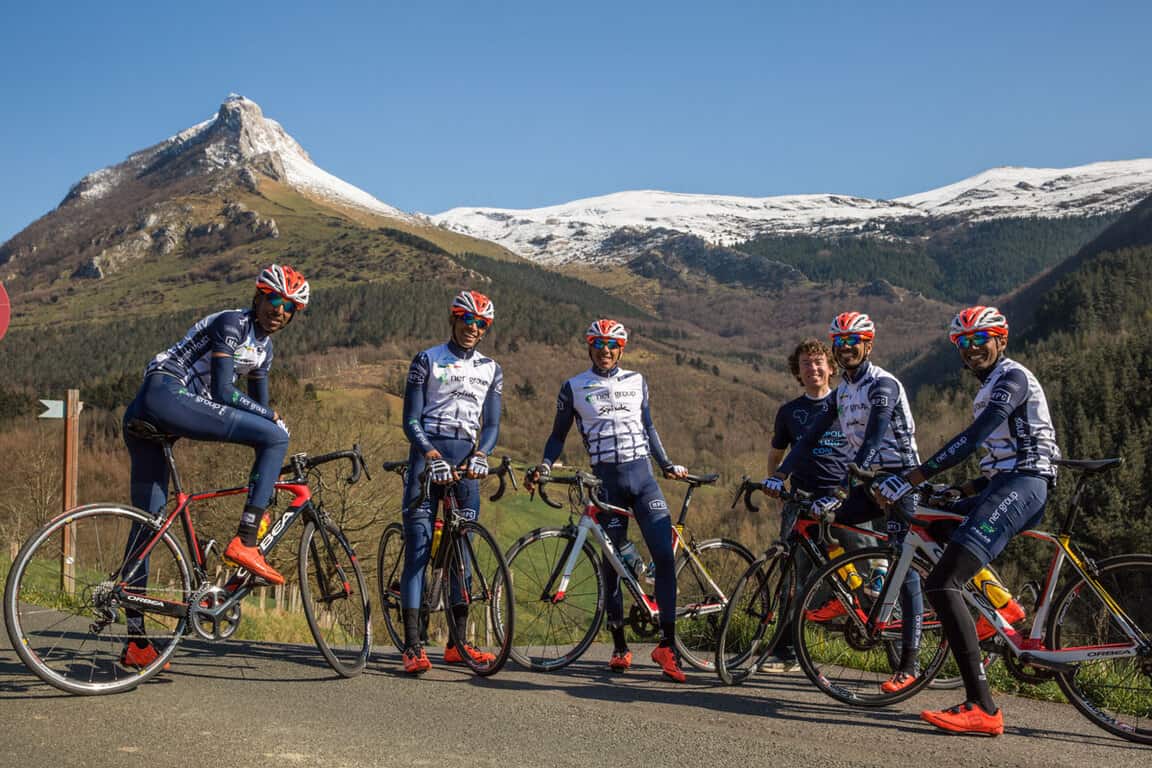 Over the last 16 years, a dutch amateur cycling team named the Marco Polo Cycling Team has been welcoming many refugees from non-traditional cycling countries who aim to reach the elite level in cycling. The team already competed in many pro races around the world and allowed 20 amateur cyclists to reach the top level, with one rider winning a world champion title and another one being qualified for the Beijing Olympic Games in 2008.

Today, a new blog post on the Skype Blog explains how members of the Marco Cycling team and their coach Gudo Kramer use Skype and Skype Translator to communicate and encourage themselves wherever they are. If you're not familiar with it, Skype Translator leverages Microsoft's artificial intelligence algorithms to provide real-time voice translation in eight spoken languages (English, Spanish, French, German, Italian, Brazilian Portuguese, Chinese Mandarin and Arabic) as well as text translation in more than 50 written languages.

Skype Translator is indeed the perfect tool for the team's coach to communicate with team members of different nationalities. He explained:

I think it can be a strong tool in getting messages across that need a certain level of detailed understanding. Often, when two non-native speakers communicate in English, a lot gets lost in translation. It is always easier to get the message in your own language! Skype Translator is great for clarifying what someone is saying, and feeling more at home in an international environment.

According to Kramer, the ultimate goal of the Marco Polo Cycling team is to disappear, but that won't happen until refugees get as many chances as others cyclists to join mainstream racing teams in their new countries. He added:

I think that the background of the riders is a big disadvantage for them. They were not able to train and race for a long time; must get used to a totally new environment; miss their family and friends, etc. But they can use it to get through the suffering and hardship that is required in cycling.

In the meantime, the Marco Polo Cycling Team continues to reach new milestones: one rider is currently competing in the Rio Olympic games, and another one recently won a gold medal in the last World Cup race in Bilbao, Spain. "We hope to see one or two of our other riders active in Tokyo in 4 years," shared Kramer.

For the Skype team, this story represents everything the new Microsofts aims for, which is to empower everyone and every organization to achieve more:

We hope that through Skype Translator, we can help people achieve their goals through relationships and human connections that would have previously been impossible. Just thinking about the possibilities for this unique team of cyclists makes us want to cheer them on to their highest potential. To us, these guys are already winners.

The Skype team definitely deserves credit for achieving a technology breakthrough with Skype Translator that has yet to be matched by competing messaging apps. For now, the technology is only available in Skype for Windows desktop but we hope it won't be too long before the team releases it on mobile devices. You can learn more about how to use Skype Translator by visiting the dedicated FAQs.