Redstone is coming… to Minecraft on Windows 10

Windows 10 has just reached a milestone with the release of the latest November update, and already the next major update, code named Redstone, is in development and rumored to be ready in early preview form for Windows Insiders as soon as next month.
For all you Minecraft players out there, the code name is a familiar one, as Redstone is a special building block in the game with some special properties, and the highly requested feature is making its way to Minecraft for Windows 10 and Minecraft Pocket Edition in a new update.
Redstone dust can be used to create some very interesting Minecraft effects, as detailed by a post on the Xbox Wire:

Today’s .13 update is sure to light up your life by delivering one of the most player-requested features for Windows 10 and Pocket Edition – redstone. Mining blocks of this very useful, rare material produces a substance called redstone dust. This dust can then be used to carry signals between objects and build some of the more advanced items in Minecraft. Players can make a wire out of redstone dust by placing it on blocks next to each other. By adding a redstone signal and components, players can create anything from doorbells to switchable lights to mob grinders to rollercoasters.

The update also brings desert temples to the game, as well as 6 types of rabbits to hop around your Minecraft world, but beware even though they’re cute they’ll eat your crops!
Here’s the full update list for the latest update:

You can get Minecraft Windows 10 Edition from the Windows Store: 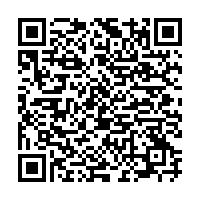