Redesigned “My Xbox” section of Xbox.com is a slick web version of the Windows 10 Xbox app 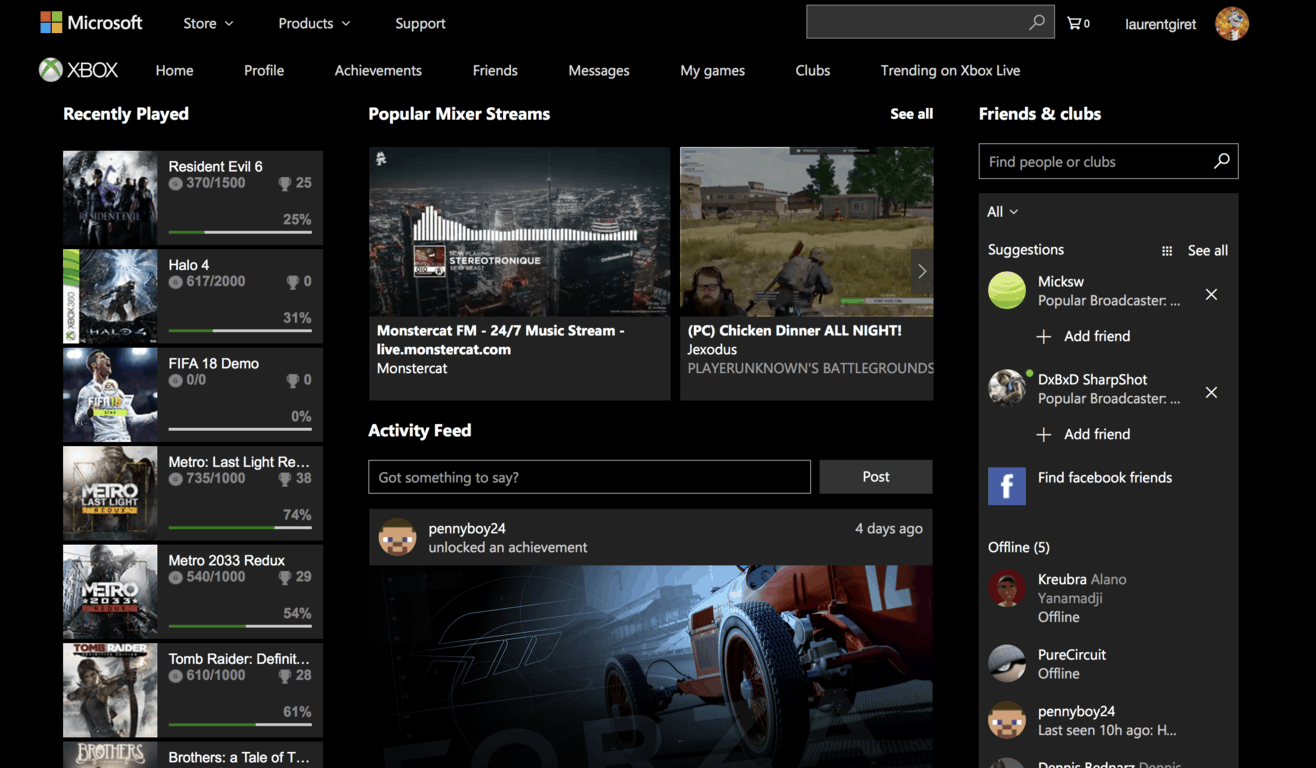 Microsoft has quietly redesigned the “My Xbox” section of Xbox.com, and the new version looks pretty much like a web version of the Windows 10 Xbox app. You can still see your recently played games in the left column as well as your Activity feed in the middle, but the Xbox team has added a new “Popular Mixer streams” section as the top as well as a new right column for your friends and clubs.

Did you know you can see your Xbox Activity feed and more on the My Xbox section of https://t.co/lCAYOjrGrU? https://t.co/1FltL8IA5T pic.twitter.com/JhbKjbP6Hw

Compared to the old design, which you can see below, this new version is much better and full-featured. In the navigation bar, you can also notice that two new sections for “Clubs” and “Trending on Xbox Live” have been added. However, some sections like Profile and Achievements have yet to be updated with the new modern design.

The old UI wasn’t as full-featured.

For now, it looks like the new version is only available for American users, but everyone can access it with this link. It’s nice to see that the user experience on Xbox.com is now consistent with the one found of the Windows 10 Xbox app. The latter is one of the most complex stock apps you can find on Windows 10, but it also can be a bit slow to load at times. Now, the web app on Xbox.com is an even better alternative.