by Kareem Anderson Email Twitter: MindHead1 May 12th, 2016 in News

Like many of its revamped properties, Microsoft’s Groove music app has been a continual work in progress and seemingly far removed from the good old days of Zune. Since the deprecation of the Zune platform many have been aching for the Groove or former Xbox Music products to mimic if not completely ape the aged Zune experience.

While Microsoft has all but buried the Zune platform, UI, and features in favor of its Groove app, a developer on Reddit has decided to revive the Zune spirit, but for a modern user experience in Windows 10.

The app, Bloom Music Player, is in open beta now and has been an ongoing process for the past few weeks. The developer, who goes by ducttape36 on Reddit, showed off a design concept of the music player that has swelled over the past couple of weeks with overwhelming demand from Zune enthusiast and disgruntled Xbox Music or Groove users for an actual product.

Today, via the Windows Phone Reddit page, ducttape36 has provided a link and full features list for a beta version of the app in the Windows Store. For those anxious to return to the Zune environment, the new “replacement software” offers:

Along with features, the developer also notes some known issues with the beta-tagged experience that include:

Without being fully supported by the Groove team, the app does not offer Groove Music Pass functionality within the app nor will the app play friendly with DRM content.

While the beta is free to download, users are encouraged to donate to the effort; donations are one way to help expedite the development of homegrown apps for many developers.

If you’re still locked out of your Groove Music app on mobile due to the 14322 or 14332 build bug, or just want to a modern looking Zune client, head over to the Windows Store for a look. 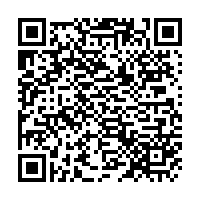