Gamers excited for the launch of Red Dead Redemption 2 were in for a bit of a shock today when it was revealed that the video game would have an install size of 105 GB.

While Xbox One consoles come in both 500 GB and 1 TB models, a 105 GB-sized video game may not seem like that much of an issue. But if an owner of a 500 GB console has just three other games of around the same size already installed, their Xbox One will become pretty full very quickly. Xbox One X console owners will likely even need more space if they want to download the game's 4K assets as well.

Microsoft's Xbox One consoles can expand their memory via external hard drives and titles can be easily uninstalled to free up space. These solutions won't solve another major problem with Red Dead Redemption 2's download size though, that of internet download speeds and expenses for those buying it digitally. It could literally take a couple of days to download this Xbox One video game in regions like Australia which are notorious for their slow internet.

Red Dead Redemption 2 will launch on Xbox One on October 26th and digital pre-orders are now live. An online multiplayer spin-off, Red Dead Online, was announced last week and will apparently be completely free for RDR 2 owners.

Have you pre-ordered this game digitally and does its projected size frustrate you? Let us know your thoughts in the comments below and then follow us on Pinterest for more Xbox content. 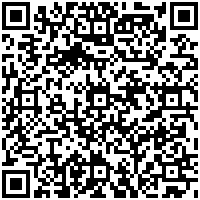