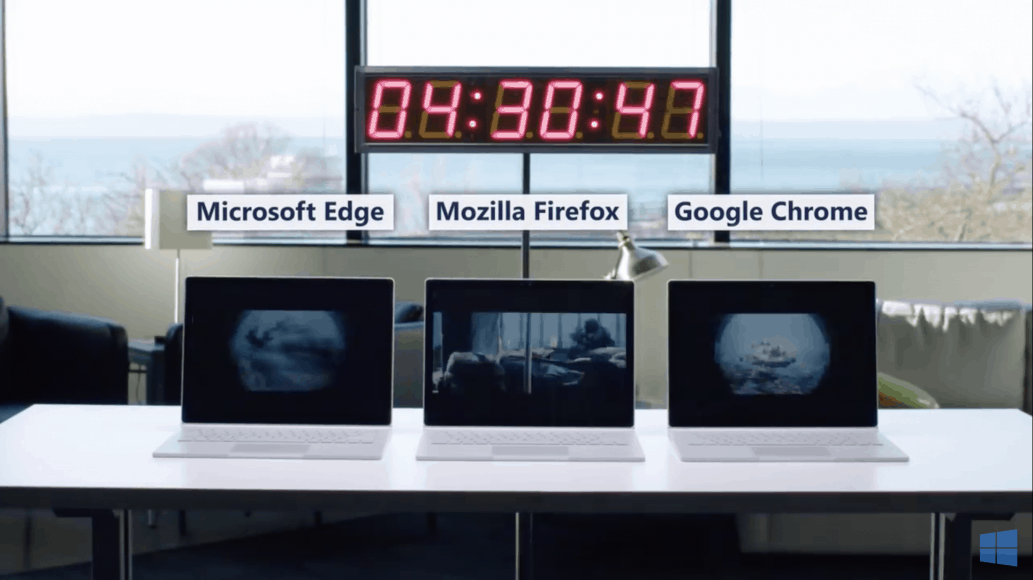 With Microsoft Edge switching to a Chromium base, Microsoft has shown that it’s very interested in contributing to the Chromium open source project to make Edge and other Chromium-based browsers even better. One of the the Redmond giant’s latest feature requests, spotted by Windows Latest, is to make Chromium more battery efficient by “avoiding unnecessary media caching.”

“The proposal is to prevent streaming media content from being cached to disk where possible,” explained Shawn Pickett, Senior Software Engineer at Microsoft on a Chromium bug report. The engineer added that media caching keeps the disk active on PC, which is what is causing increased power consumption. Moreover, the caching of certain media content can also prevent PCs from entering lower-modes consuming less battery life.

Some comments from Chromium developers suggested that implementing this change could have a some drawbacks when viewing looping videos, though power comparison tests done by the Microsoft engineer showed promising results so far. Here’s what Pickett explained on the project’s GitHub page:

We did local testing of a preliminary implementation playing back unencrypted 1080p streaming media content on a laptop while disconnected from power. The test configuration sampled power metrics every 10 seconds. Results for both the baseline build and a build with the implementation added were determined by the average of five runs each, with each run lasting five minutes.

The tests showed a 62mW improvement for the main battery rail with the change enabled. During this test, the system disk write activity decreased by 309KB/sec. There were no significant changes in virtual working set observed.

If this feature request is accepted, turning off media caching will be disabled by default but available as a feature flag in Chromium-based web browsers. Do you think Google Chrome and Microsoft's Edge Insider browser are too power hungry, especially when streaming videos from the Internet? Let us know below.

No Man's Sky Beyond launches as a free update next week, check out the trailer here