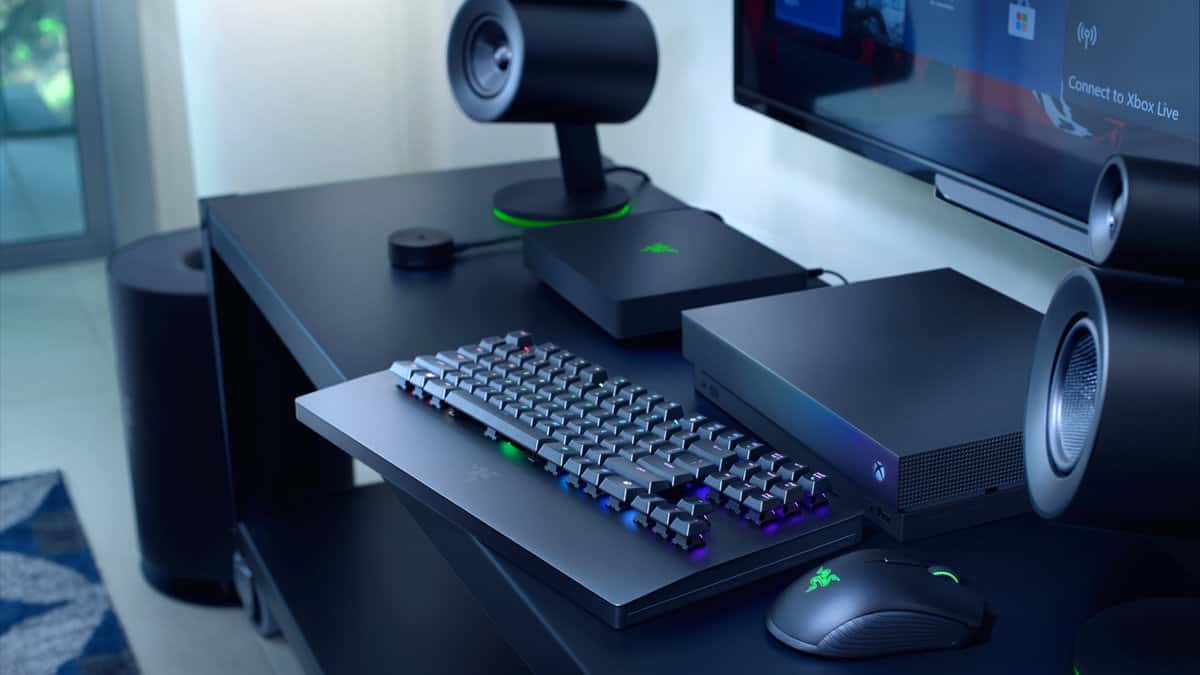 It seems Razer is ready to ship its keyboard and mouse combo for couch gamers later today, as the company announced availability at  CES 2019  earlier today according to a report from Windows Central. The Razer Turret also saw its way to the Microsoft Store in the form of a pre-order last month, and is expected to begin shipping at the end of March. However, it might be possible Razer wants to give a few units to gamers early by opening orders on its website.

The Razer Turret has been specifically designed for Xbox One gamers in mind, now that the console now supports fifteen games that have can take advantage of the new(ish) available input method for the latest consoles. Xbox One enhanced experiences include a dedicated Xbox key, which allows users to open the Xbox menu to access games, settings, and to turn off the console, and “Xbox Dynamic Lighting,” which changes the colors of the keys depending on the action happening in the supported game. Moreover, it should also work on just about any device that supports keyboard and mice, including Windows 10.

As we have already mentioned, as many as fifteen games on the Xbox One gained support for keyboards and mice on the Xbox One, The list includes games such as Fortnite, PUBG, Warframe, and The Sims. However Windows Central also pointed out the presence of a few new titles were gaining support for it, including Gears of War, The Sims 4, Roblox, Sea of Thieves, and Surviving Mars. Minecraft has had support since 2017 due to the high volume of requests for the feature.