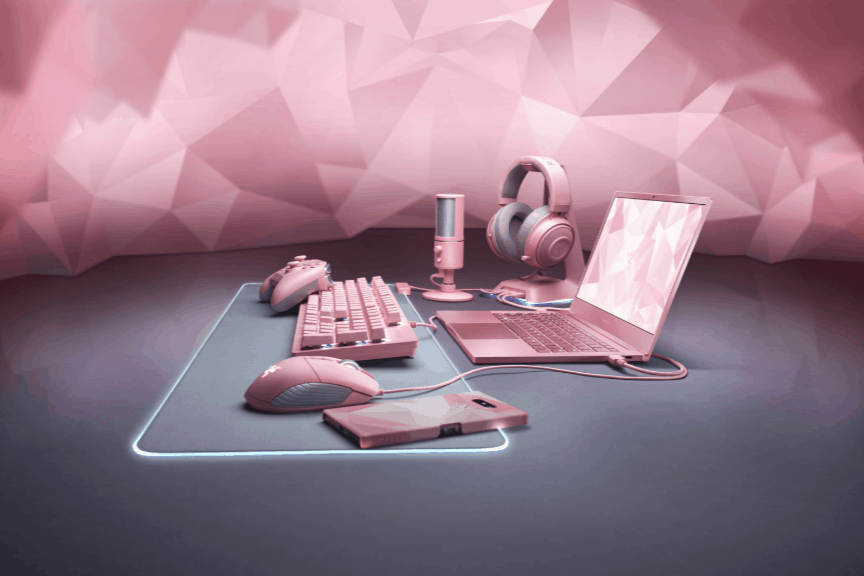 Valentine’s Day is just a little over a couple weeks away, and the gaming computer company Razer is ready to celebrate with its new “Pink Quartz” hardware, including their new pink Razer Blade Stealth laptop. The company markets it as an ultra portable gaming/productivity laptop. In the words of Min-Liang Tan, the company’s CEO and co-founder:

“This Valentine’s Day, we want to share the joy of gaming in a new way. The new Blade Stealth is our most powerful ultraportable ever, designed for both work and gaming on the go. Now in Quartz Pink, this stunner will steal hearts everywhere.”

The new laptop will sport a full HD 1080p display with 100% sRGB color space, and an NVIDIA GeForce MX 150 GPU with 4 GB video memory paired with an 8th generation Core i7 processor. It’ll also come with a 256 GB solid-state drive, and a battery that’s rated at 11 hours likely in a mixed use case scenario. The device will come at around $1,599, so if you’re a guy with plenty of money to spend, this could make a heck of a gift for your gamer of a girlfriend.

Of course, if you aren’t made of money, Razer has other pink hardware that might interest you. Their line up includes a Razer Basilisk gaming mouse, a Razer Huntsman gaming keyboard with their signature “Razer Chroma” backlit keys, plus other gear also in the “Pink Quartz” color theme such as a gaming headset, PS4 controller, desktop microphone, and even a pink Razer Phone 2 case.

The products should all be available now, and some of the price tags on the accessories aren’t bad either. They’re limited edition, too, so they won’t stick around very long either and will be sold on their website only.