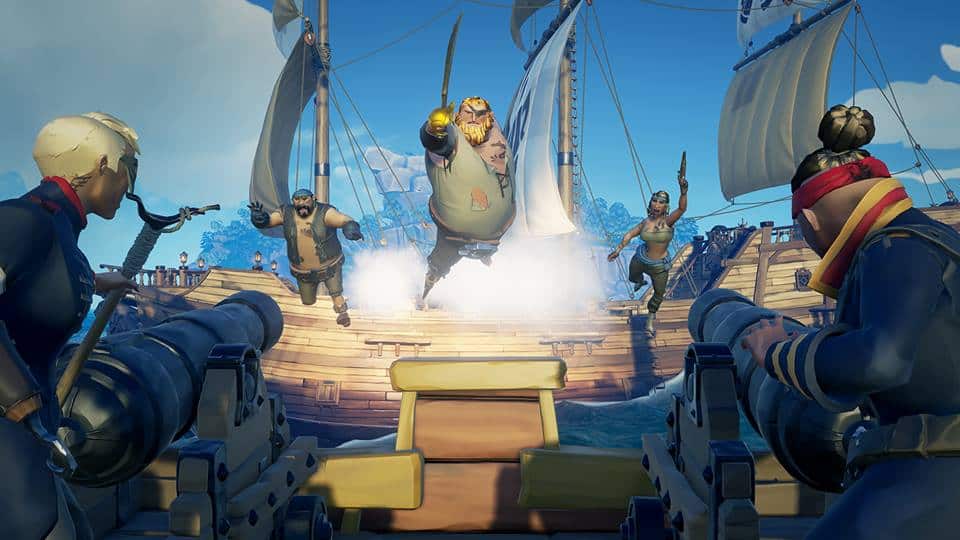 Following the launch of Sea of Thieves on Xbox One and Windows 10 last month, developer Rare has been listening to player feedback and released a couple of updates to fix the most important issues with the game. Today, Rare shared more details about its content plans for the pirate adventure, and players who complained about the lack of things to do in the game should soon have a good reason to give it another shot.

“Sea of Thieves is a unique experience,” said Executive Producer Joe Neate. “As we look to add to the game, we will be very purposeful about the type of experience we want to create, and how we want this game to grow,” he continued. Sea of Thieves is Rare’s first “game as a service,” and Neate said today that all future content updates will be completely free.

The first of these content updates is called “The Hungering Deep,” and it will be released in May. It will introduce what Neate calls “a new AI threat to the world,” which will require pirate crews to cooperate if they want to discover and defeat it. “We will also be introducing a number of new mechanics to assist players on this adventure, and there will be unique rewards that players can earn as part of this event,” Neate added.

Rare plans to launch two other content updates this summer: “Cursed Sails” will introduce a new ship type and “Forsaken Shores” will let players a new part of the world. Unfortunately, new features such as Pets and Ship Captaincy have now been delayed, but they're still in the pipeline. You can learn more about Rare’s content plans in the following video:

Starting next month, Rare will also introduce weekly event and rewards in the game, giving players a good incentive to log in regularly. Rare is just getting started with the pirate game, and we can't wait to see how Rare will improve the game after our mixed first impressions. "With Sea of Thieves being a game that grows and evolves, we'll be listening to you, our community, throughout," said Neate.

Long shot: Could the next Xbox be Intel-powered?