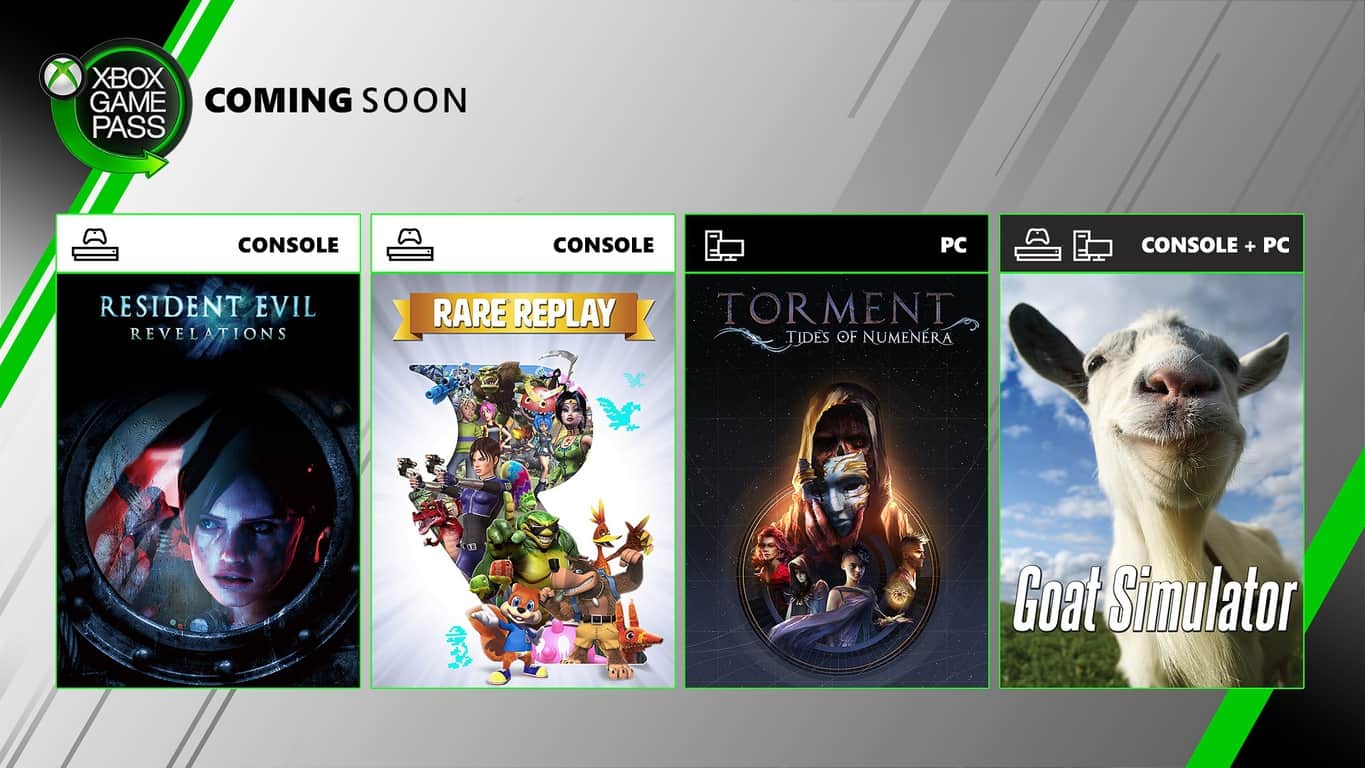 Good news for Xbox Game Pass members, Microsoft has just announced more new games coming to the catalog before the end of the month. First of all, Capcom’s Resident Evil: Revelations and the Rare Replay anthology will be available on Xbox Game Pass for Console tomorrow, June 20.

Rare Replay was one of the few remaining Xbox Game Studios titles that had yet to appear on Xbox Game Pass, along with Killer Instinct: Definitive Edition, Forza Horizon 3, and Forza Motorsport 7. The compilation includes 30 video games that British developer Rare released over the course of 25 years, including the cult-classics Banjo-Kazooie and Perfect Dark. There’s a massive amount of content in there, and it’s great to see this anthology finally coming to Xbox Game Pass.

Two other games are coming to Xbox Game Pass on June 27, Goat Simulator on both Xbox One and PC and Torment: Tides of Numenera on PC only. In case you missed it, Microsoft launched Xbox Game Pass for PC in Beta during E3 2019, and the catalog already includes over 100 PC games.

Now that Xbox Game Pass exists on both console and PC, it will be interesting to see if Microsoft will continue to give Xbox One subscribers more new games (there are currently more than 200 Xbox One games available with Game Pass), or if we can expect new PC games to be added once or twice a month. Anyway, Xbox Game Pass for PC already lauched with a solid catalog of AAA games including Metro: Exodus, Wolfenstein 2: The New Colossus, and Rise of the Tomb Raider.