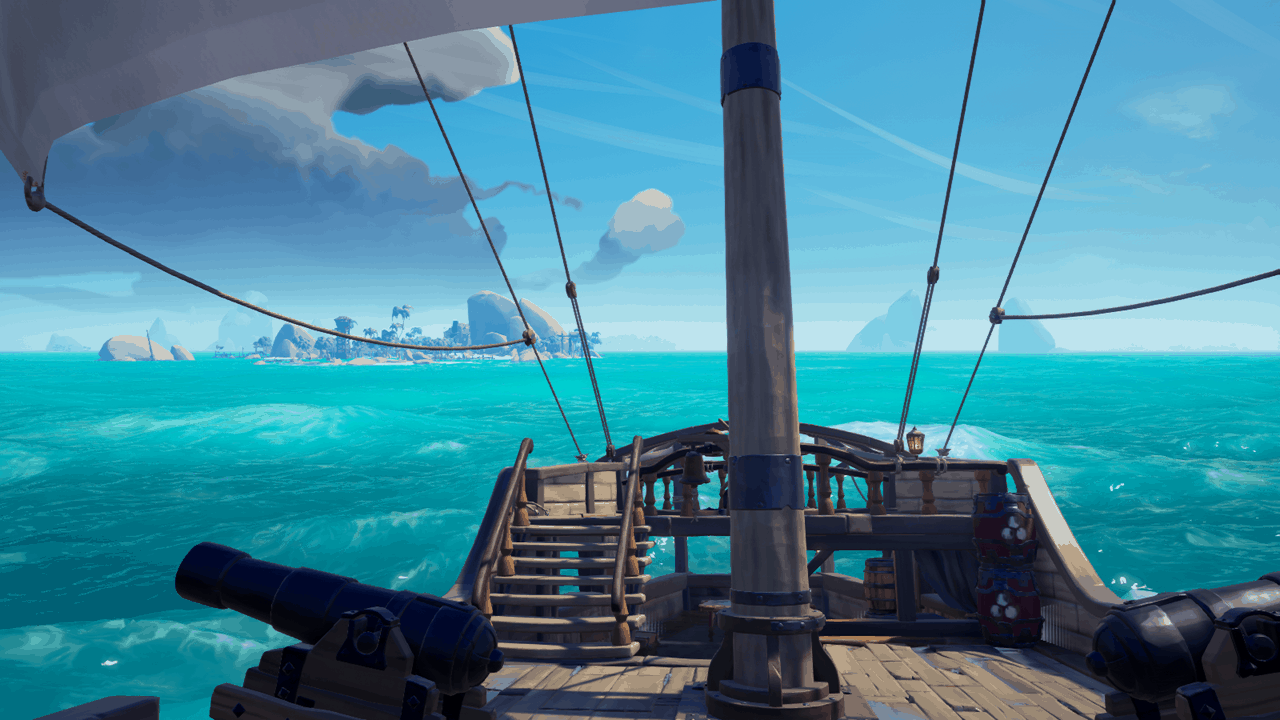 Sea of Thieves, the much promoted pirate game for Xbox and Windows 10 PC, is set for a new major update, dubbed "Forsaken Shores," due on September 19th. The free update opens up a new region in the game, "The Devil's Roar":

Navigating this treacherous land brings with it new threats, new challenges and new adventures. Superheated water, burning rocks raining down from volcanoes and exploding geysers are just some of the new environmental elements that will change the way pirates traverse land and sea.

In anticipation of the update, Rare has released a new video, which you can check out below:

The trailer was due to be released yesterday, but was held back because of "emergency maintenance" after an update caused gamers to lose, or appear to lose, their progression in the game:

The team are aware of an issue in which players have lost the ability to see how far they have progressed within a given level, we are aiming to have this fixed in the next game update.
Rest assured your progress within each Company, including Athena, is not lost, players can continue to play and your level will increase once you have fulfilled the XP level requirement for the given Company rank as normal.

Note: You will be able to see your updated progress briefly each time you hand in a treasure item.

The trailer was briefly posted before being pulled yesterday, not before some gamers were able to grab the video and distribute it, but this is the now officially released trailer.

You can get Sea of Thieves from the Microsoft Store below, or if you have the game you'll be getting the Forgotten Shores update for free on September 19th. The Wider Web: Appearing (or not) before Congress, Vimeo pivots, and Alex Jones silenced?