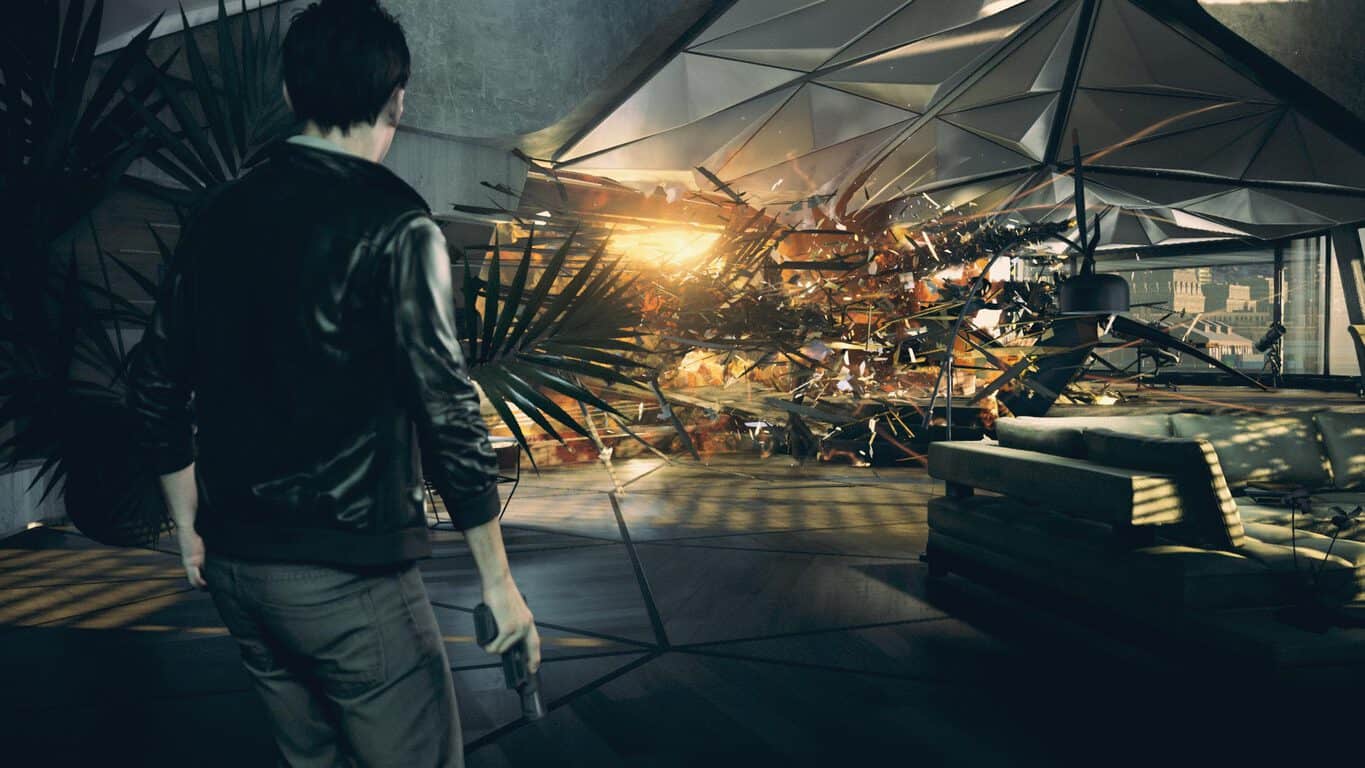 Quantum Break is set to be the first big release for Xbox One this year, and just as the Xbox One version goes up for pre-ordering, its exclusive status is broken. As Gamespot reports, a Windows 10 version has been officially confirmed to be coming to the Windows 10 Store.

The possibility for Quantum Break's PC arrival was first hinted at earlier this year with obscure rating information. No official word was available then, but the game's website now has a section on Windows 10, where they list the minimum and recommended specs for Quantum Break for Windows 10. A release date of April 5, 2016 and a "special pre-order offer" are also listed.

With the special pre-order offer, the Windows 10 version of Quantum Break will be given for free to all players who have pre-ordered the Xbox One digital version of the game, via redemption code. The offer also works with digital codes bought physical retail stores or from the new Xbox One Special Edition Quantum Break Bundle, which includes a white 500GB Xbox One, Quantum Break, and the Backward Compatibility version of Alan Wake. The offer runs from February 11 till April 4, 2016.

Quantum Break is not the first Xbox One exclusive to have made the transition to Windows 10 via the Store, of course: critically acclaimed action adventure game Rise of the Tomb Raider also got the same treatment. In fact, if we count Hand of Fate's recent appearance on the Store, Quantum Break will be the third high-production-value game to have both a Xbox One and Windows 10 Store version. Coupled with shared save ability between the Xbox One and Windows 10 version, Microsoft is clearly pushing the integration in its ecosystem.

A new work by seasoned developer Remedy Entertainment, also maker of the legendary Max Payne series and thriller Alan Wake (hence the obvious influence), Quantum Break is an innovative blend of episodic format, branching storyline told across the game and an accompanying TV show, and frantic time-based power-fueled third-person shooting.  The Financial Post also has an excellent interview with Remedy's writer-in-chief Sam Lake  in which he talks extensively about Quantum Break's new storytelling method--you can check it out below.

All in all, the news of the game coming to PC should delight desktop gamers who are already on Windows 10 (a sizable chunk of them already, from the latest Steam statistics), or give those still holding out a convincing reason to upgrade. Quantum Break is not the first, and certainly will not be the last shot in Microsoft's new march into gaming on Windows, effectively turning Valve's worst nightmare into reality. As a multi-platform gamer, there's only one thing I can say: the more, the merrier.

Quantum Break now available for pre-order for Xbox One